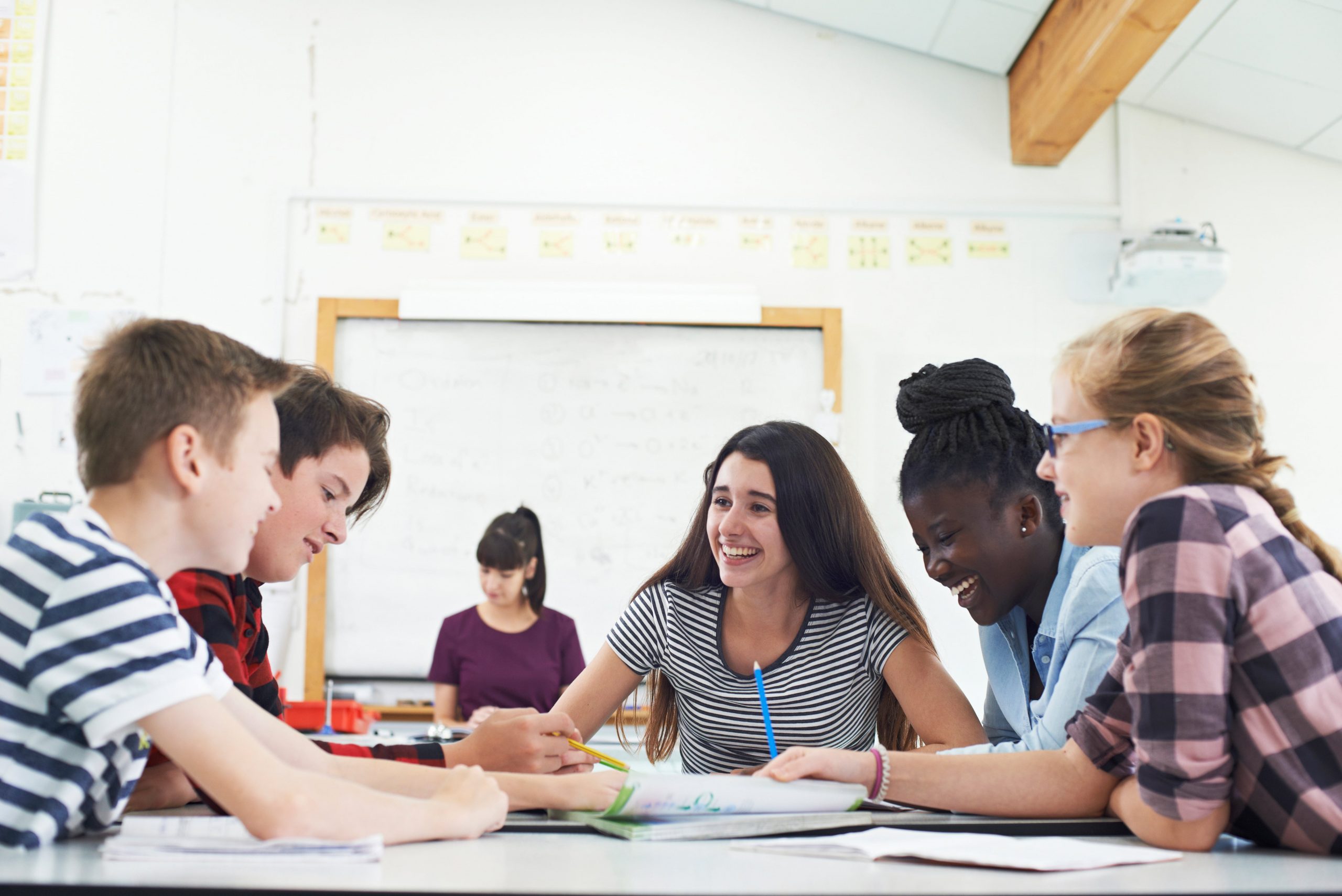 Have you ever been in front of a room full of middle schoolers and wanted to throw something at them? Was there a moment when you’ve felt like they make it simply impossible for you to teach?

If you have, then you’re not alone. Because there’s something about being in a room full of middle schoolers that leaves you wondering, “Are they even capable of listening?”

Dos and Don’ts of Engaging Large Group of Middle Schoolers

As Duffy Robbins says, “Middle school students are drawn to the oldest person in the room who takes them seriously.”

And in my experience, that’s so true. Because as much as middle schoolers are still kids, they’re also not. They really want to matter. And they want someone to talk to them like they’re adults. They want to be taken seriously. When they feel like they’re being treated like children, they simply shut down.

DON’T try and control the room. DO give them freedom.

I think that’s why a common mistake in managing a large group of middle schoolers is to try and control the room. Keep in mind that more rules or severe consequences don’t necessarily equate to better behavior.

In fact, I think what I’ve learned about managing a room full of middle school students is that the more you let them go, the easier they’ll come back to you.

Whether it’s a moment of laughter, or talking to the person next to them for a second, or letting them scream out an answer, the more chances for freedom you give them, the more likely you’ll be to have their attention as you go.

I think of it like Spiderman. When Spiderman opens his palm, he can throw his web away before pulling it right back to him. The same is true for middle schoolers. You let them go, but then in a second, you pull them back.

Something that has really helped me is to change the pace of how I’m talking. It helps me keep control of the middle school students in the room, no matter if it’s in Small Group or Large Group.

Maybe you start by talking really, really fast. You tell a story, and you get really excited as you go. But then all of the sudden, you stop. Not because you’re glaring at kids who are talking, but because you’re making a conscious choice to leave students on the edge of their seats.

Communicators call that a pregnant pause. And trust me, it works. Because all of a sudden, the kids who weren’t listening realize you’ve stopped talking. Just like that, their attention is back on the stage because they’re wondering what’s just happened.

DON’T stand in the same place. DO change your position in the room.

Another trick? Change your position in the room. A lot of times communicators want to call out kids who are distracting the room. In reality, that unintentionally breaks up the flow of the room. Instead, if you just walk toward them while you keep talking, they will actually stop talking (most of the time).

DON’T expect them to sit and listen. DO give them chances to interact.

So many of us as student leaders or communicators think, “I just want them to listen while I’m teaching.”

I understand that, but the reality is, most middle schoolers just can’t solely sit and listen. It’s just not going to work for their phase of development. That’s why planning times that allow them to stop and interact or move around throughout your talk will help them tremendously.

Say things like, “Turn to the person next to you and share your answer,” or, “On the count of three, I want everyone to yell this out.” By doing this, you’re planning times for them to get loud and start talking without interrupting your message. If you plan those times for them to interact and talk, they’ll be less likely to start chatting when you don’t want them to talk. They’ll be better behaved and more focused because you’ve given them an outlet already.

The truth is, much of how we interact with middle schoolers depends on our personalities and the quality of relationship we have with the students. What works for me may not work for you. And what works for you may not work for me in my context with my personality. That’s okay! But let’s keep sharing with each other what is and isn’t working so we can all keep getting better.

What’s your strategy for communicating with a large group of middle schoolers?

Ministry Leader,   Youth Ministry,
Ashley Bohinc WRITER
Ashley Bohinc serves as the Director of Middle School Strategy at Orange, is the co-host of The Think Orange Podcast, and co-authored The Art of Group Talk. She’s worked with students in public education, athletic, and ministry settings since 2005. Ashley is most passionate about resourcing the local church, communicating onstage, developing leaders, working with students, and engaging in world missions. Additionally, she’s the USA Director of Carry 117, a ministry in Ethiopia which focuses on orphan prevention and family preservation by empowering women. In her downtime, you’ll find her watching Friends, cheering on the Cleveland Cavaliers, traveling, reading, or on one of her Fairytale Friday Adventures.