The Future of the Church
Reggie Joiner
February 15, 2021
Sometimes I think as leaders who work in the church, we need to be reminded that the church exists to demonstrate who God is to a generation . 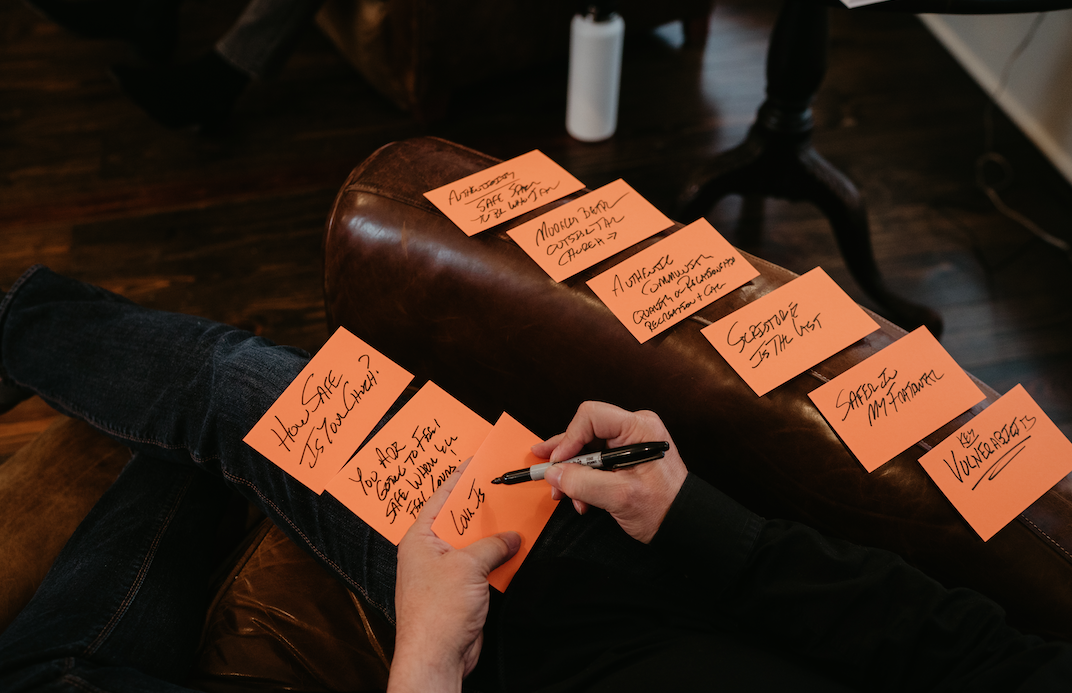 I was a history major in college, and there’s this one specific day that I’ll never forget.

We were studying a period of history when the church’s behavior had not been very great. The church did some bad things in history, and a lot of the class was being critical about the church and its role. They started arguing back and forth. Our professor was agnostic. He didn’t seem at all interested in stopping the conversation. I just remember hoping that the people in the class  didn’t find out what I did because I was in ministry.

At some point, I remember a guy standing up in class and saying, “You know what? The whole world would be a better place if the church just went away and didn’t exist.”

That’s when my agnostic professor did something that shocked me. He said to the entire class, “No, if the church went away in our culture, it would be like turning the lights off.”

I’ve thought about that for a long time. I mean, even an agnostic professor in a college recognized the power of the church to do good and important things.

Sometimes I think as leaders who work in the church, we need to be reminded that the church exists to demonstrate who God is to a generation . . .

In a way that’s positive,

In a way that warms,

In a way that heals.

Sometimes we get caught up in all of the different things that are happening, and we see the church misstep. We forget the church is here for a very specific reason. And it’s this: to introduce a world to who Jesus is.

Jesus actually unpacked this idea in a way that has an implication for the future of the church.

“Let your light shine so others can see it. Then they will see the good things you do. And they will bring glory to your Father who is in heaven” (Matthew 5:16 NIrV).

Think about this: Jesus was basically saying that you have the potential to turn the lights on, and there’s a generation who needs you to do that.

Now, I think sometimes people—and especially Christians in the church—can take this imagery of light and this passage out of context. They can make it mean something I don’t think Jesus intended. Because there’s something about having access to the light that makes us think we can use it to expose what is wrong. To expose what is sin. There’s a place for that, but light can also be a dangerous thing. It can burn. It can blind. We like to use light to blame.

and does something good.

Somewhere in the context of the church, we need to back up and ask: How are we demonstrating who Jesus is to a generation by doing what He said we’re supposed to do—by being a light and showing people His nature by the good things we do?

I think there have been people who’ve shown up in our culture to remind us that we’re supposed to demonstrate the goodness of God to a generation.

One of my favorite former pastors who became a cultural influence was Mr. Fred Rogers. Some people don’t know what his life mission was. But he had one goal and it drove him to do everything he did. He said this multiple times.

As we’re thinking about the future of the church, what would it look like if the church just decided that we would do that?

That we would show the goodness and the kindness—the fruit of the spirit—to a generation who needs to have a fresh demonstration of who God is?

There’s a phrase we’ve started using that reminds us about this principle. We call it . . .

a revival of humanity.

More than ever, we think there’s a need for us to dial back into the church what it looks like to be more human with the people around us. We think there’s a way in which we can show up in their human world and be kind, good, and caring in the spaces that are broken and hurting.

Somewhere in the context of our culture

When we look at politics,

When we look at the neighborhoods that are changing around us,

And when we look at the role of the church,

So, let’s further explain it this way:

Now again, we think there’s a disconnect between faith and what we know faith has the potential to do in the future of a kid or teenager who’s growing up in our community and in our churches.

And, as leaders, we have to bridge that gap.

It’s an everyday kind of faith that will affect . . .

how they work together.

how they create, innovate, and dream.

and how they build families.

I think that churches who will impact the future will . . .

What’s at stake if we don’t is their trust and their faith in the God we say we believe in.

If you do the hard work of rebuilding trust with:

Parents in your community,

And a generation who mistrusts the organizations around it . . .

Then your ministries and programs will take on a different kind of meaning and significance.

If you’re a ministry leader, I’m sure this past year has been difficult. I’m sure that maybe your church has reordered. I’m sure you’re trying to figure out what’s working in your ministry and what isn’t. That’s before we get to your personal world. That’s before we get to someone who you care about who passed away because of COVID, the crashing finances and economy, and all of the unpredictability and uncertainty in the world. Maybe you just want to back away because you don’t know what to do anymore.

We just want to lean in for just a second and get everyone on the same page and remind everyone of the mission.

Do good to a generation.

Especially now that it’s one of the darkest moments we’ve experienced. Especially now. We have an opportunity like never before for a world who’s watching to see who Jesus is.

This is the greatest opportunity we’ve ever had to demonstrate what that looks like.

Check out the full video on Instagram @OrangeLeaders and join us live on Tuesdays at 2:00 PM EST as we continue this conversation.

Orange Leaders>MVP Box,
Reggie Joiner WRITER
Reggie Joiner is founder and CEO of Orange, a nonprofit organization whose purpose is to influence those who influence the next generation. Orange provides resources and training for churches and organizations that create environments for parents, kids, and teenagers. Before starting Orange in 2006, Reggie was one of the founders of North Point Community Church with Andy Stanley. During his 11 years there, Reggie helped guide the church’s growth through an emphasis on innovative approaches to ministry for families. Reggie has authored and co-authored several books including Think Orange, A New Kind of Leader, Seven Practices of Effective Ministry, Parenting Beyond Your Capacity, Lead Small, When Relationships Matter, It’s Just a Phase So Don’t Miss It, and his newest publication It’s Personal. Reggie and his wife, Debbie, live in North Georgia and have four adult children and four grandchildren.