Engaging the Space Between Us
Sarah Anderson
September 30, 2020
In an already tense year, the battle between Biden and Trump seems to be the icing on the proverbial dry and inedible cake. The good news is, though, we can absolutely survive it. Even better, it’s possible our relationships can come out the other side more healthy than ever before. (I know. It sounds too good to be true.) But I speak from experience. 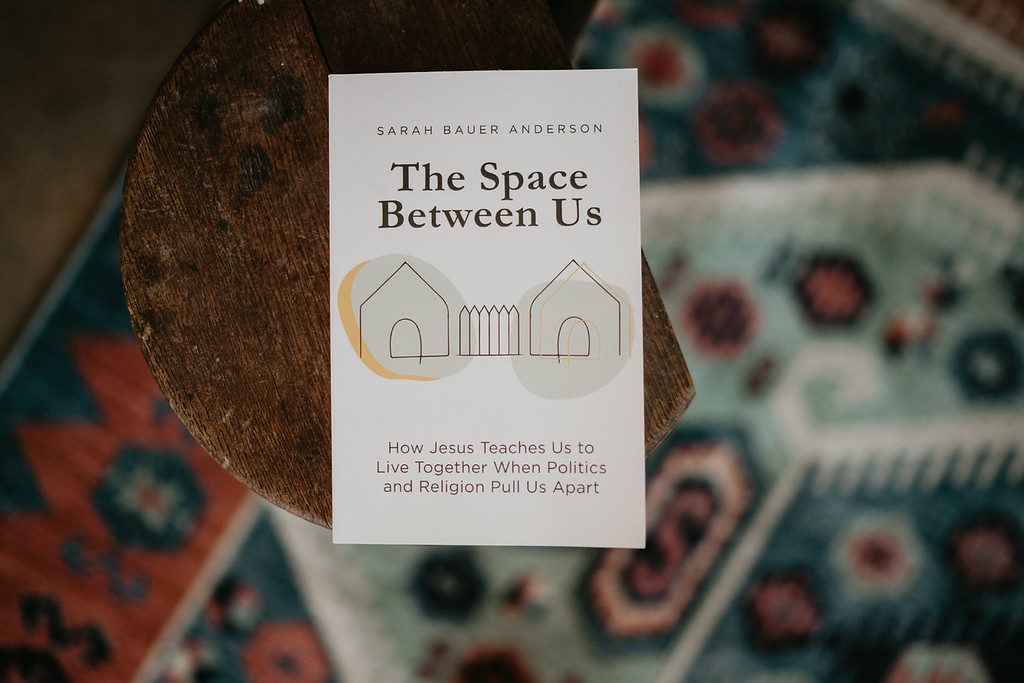 To say that 2020 has been quite a year is an understatement—pandemics, social tension, and natural disasters have been the norm. And as if all that wasn’t enough to make this year one for the record books, we have a presidential election coming in November.

In an already tense year, the battle between Biden and Trump seems to be the icing on the proverbial dry and inedible cake. The good news is, though, we can absolutely survive it. Even better, it’s possible our relationships can come out the other side more healthy than ever before. (I know. It sounds too good to be true.) But I speak from experience.

I grew up in the suburbs of Washington, D.C. with a family as involved in the political processes as you can imagine. Growing up, my dad, Gary Bauer, served in the Reagan administration as undersecretary of Education, and Chief Domestic Policy Advisor to the President. And then, my senior year of high school, he ran for president himself going for the Republican nomination. As often happens, as children grow up they start thinking for themselves, and they sometimes end up landing in different places than their parents do in politics or religion. That was my experience. There are still things we agree on. But there are more than a few we do not. And in my adult years, we’ve had to figure out a way forward in spite of our diverging politics. What I’ve learned in the process, through my family and my personal experience, I put into a book that was released this September called, The Space Between Us: How Jesus Teaches Us to Live Together When Politics and Religion Pull Us Apart.

A message of relational hope in a time of political discord has never felt more timely. And if the conversations I have with friends and co-workers are any indication to what the rest of the country is feeling, it seems we all are feeling the strain in the relationships we care about most. So how did we get here?

From a lack of practice. At some point we started to believe that politics and religion were two topics not appropriate for polite conversation. So we stopped talking about them. And as a result, the muscle we use for civil conversation has atrophied. We’ve forgotten how to talk about these topics, and now, when we need it more than ever, we find ourselves disengaging altogether with those who think differently from us or going straight to outrage when we do. How do we move forward? How do we take back civility? And how do we reclaim compassion?

1. Get Jesus out of the box. One of our biggest temptations in election season is to assert that, should Jesus live in twenty-first century America, He would, without a doubt, vote for the party we support. Drawing those conclusions may make us feel better, but making that decision is far above our pay grade. Anytime we act with complete certainty Jesus would side with “us,” we alienate “them”—whoever they might be—and think Jesus would approve of our sidelining of the other team. We’ve put Jesus in our political box instead of allowing Him to be above and in the political process. By shrinking Jesus down to our specific political view, it’s possible we are making Him into our image instead of us being made into His.

2. Understand that different does not equal wrong. Sure, there are bad ideas out there. Bad policies. Bad positions. Bad legislation. But let’s not be so quick to assume any idea that differs from ours is a bad one. What if instead we started to view differing positions as coming from different value systems instead of bad value systems? What if, instead of assuming we had it all right, we believed it was possible for others to have something to teach us that we may have missed? When we believe the other side is always wrong, and we are always right, civil conversation is nearly impossible. But seeing potential for good in people on the other side opens our eyes to a better way of being in the world together.

3. Prepare for the long haul. Prepare for the relational long haul, by not saying or doing anything towards people you disagree with that will isolate you from each other and cut the ties of communication. Always leave room for another conversation. Another engagement. Another chance for connection in times when relational turmoil and disconnection is the norm. At the same time, prepare for the emotional long haul. The heated times we exist in won’t magically disappear the day after Election Day. Prepare yourself for continued heightened emotions following November 3rd. And keep in mind the work needed to go into these relationships will ask a lot of us. So pace yourself. This is a marathon, not a sprint.

With the election quickly approaching, as Christians we have the opportunity to embrace unity over division, regardless of who we are voting for. That’s a powerful reminder that should carry us through the rest of this turbulent year and hopefully, beyond.

To find out more about Sarah Bauer Anderson and her new book, The Space Between Us, visit https://sarahbanderson.com/.

General,
Sarah Anderson WRITER
Facebook Twitter Instagram
Sarah Anderson is a writer and communicator who has been involved in ministry since 2003. She is a lead writer and content creator for Orange's XP3 High School curriculum. Sarah lives in Roswell, Georgia, and is a big fan of her husband, Rodney, her two boys, Asher and Pace, and, in her weaker moments, McDonald's French fries. Read more from Sarah on her blog, www.sarahbanderson.com.