Emergencies and Moving Them Out
Leslie Galema
May 1, 2020
On April 20, 1999, at Columbine High School in Littleton, Colorado, two teens went on a shooting spree , killing 13 people and wounding more than 20 others before turning their guns on themselves and committing suicide. The Columbine shooting was, at the time, the worst high school shooting in U.S. history and prompted a […] 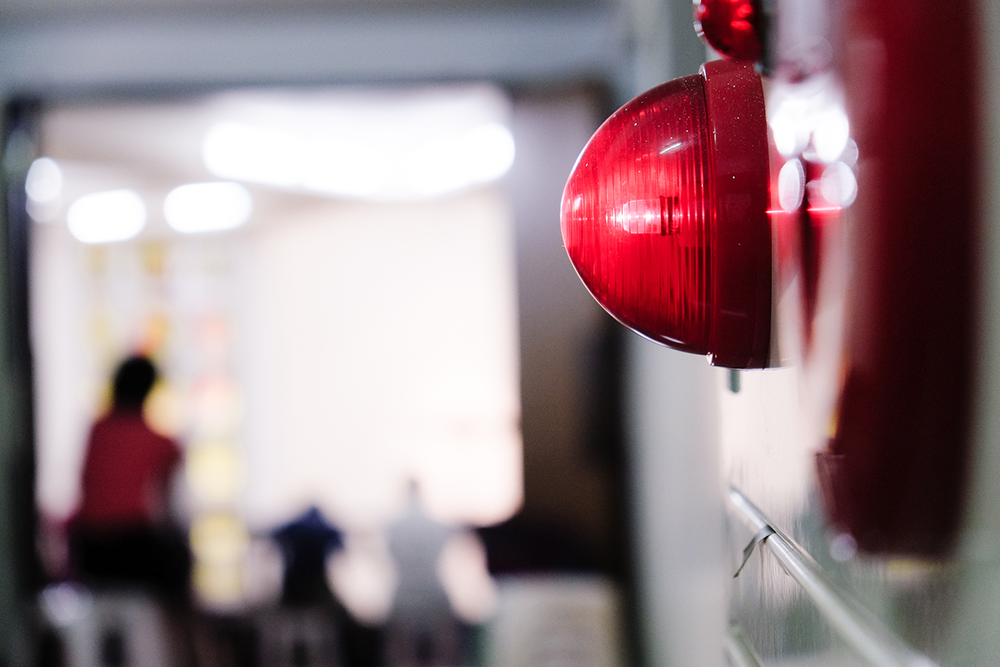 On April 20, 1999, at Columbine High School in Littleton, Colorado, two teens went on a shooting spree , killing 13 people and wounding more than 20 others before turning their guns on themselves and committing suicide. The Columbine shooting was, at the time, the worst high school shooting in U.S. history and prompted a national debate on gun control and school safety as well as a major investigation to determine what motivated the two gunmen. Eric Harris was18. Dylan Klebold was 17.

I was also a senior in high school that year, and I remember watching the news for minute by minute coverage.

I watched as students my own age ran out of their school in single file lines and throwing themselves out of windows—wounded and terrified.
I watched as moms and dads waited on the outside of the school in pure shock at what was happening.
I watched the interviews of the teachers that followed and listened to the stories they told.

It seemed so surreal. I wondered to myself: “What would I do if this happened at my school?”  Then I would assure myself that things like that don’t happen in my town!

Years passed and more stories were told. Shootings after shootings.  “How can this keep happening?” I wondered. It all feels so distant! I am empathetic toward all the parents and children and can’t imagine what it might be like to be them-living through such a nightmare. But still, it always felt so far away from “here.”

My fingers were numb. I couldn’t type anything much less put together a sentence.

I ran out of my house and raced toward the school as police, paramedics, and fire fighters passed me. They were headed for the school even faster than I was. Every news channel in town were setting up their place outside of the school. Parents were pulling off on the side of the road and running toward it.

My head went back to Columbine. Suddenly I was a teenager again watching it all play out on television. But I wasn’t watching it from the safety of my living room far away. I was living it in real life. But now I wasn’t the student. I was the parent.

I can’t say this for sure, but any parent that has gone through this probably doesn’t envision their middle school children huddled in a corner with their class, shielding themselves behind desks and bookshelves to save their lives. No. They picture their tiny babies—the one with the big brown eyes and the pig tails.

I worried that I couldn’t be there to protect her myself! I couldn’t hug her. I couldn’t assure her that it was going to be ok.

This is not going to turn into a political post about what should happen next. I just wanted to share that there  was something particularly special to me that filled my “Orange” soul with peace. You see, Cassity was in Orchestra class that morning with her favorite teacher. In her text later, she said “I am ok- I with Mama J.” Mama J is what she calls her Orchestra Director Mrs. Jackson.

I thought about how we as parents should widen the circle. I thought about Lead Small and how we as leaders should move them out. That means that parents and SGLs invite people into our kids and students’ lives. And these people help to love our children and our students and to say the same things we do—in a different and sometimes cooler way. This person is kind of a parent, coach, a friend, or teacher—or better yet, a mix of all of those things!

In the most traumatic thing that has ever happened to Cassity in her life, her mom and dad couldn’t be with her. But she felt safe because someone else showed up! And that didn’t just happen in that singular moment of terror! Mama J showed up three years before this even happened! She used her sense of humor and love for music to relate to these kids! She connected with them every single day! She was consistent! She earned that relationship with those students—with my student!

When I was in a panic as a mom, I kept reminding myself that Cassity felt safe and was safe because of the intentional relationship she had with her teacher. I knew that she was being taken care of and loved! This is obviously an extreme situation that none of us ever want to experience, and the majority of you won’t. Thank God! But here is my challenge to you as parents, as small group leaders, and ministry leaders: Is it worth it?

I have been in your shoes. I am a mom. I am a Small Group Leader. I was a Children’s Pastor. I know the cost, and I am here to tell you it is worth it!

Thank you, Mama J. You are my hero!

Elementary,   Move Them Out,   Move Them Out,   Students,
Leslie Galema WRITER
Leslie has been leading children’s ministry teams in some capacity for nearly 15 years. In 2015, Leslie joined The reThink Group as an Orange Specialist for 252 Basics and considers it a dream job come true! Leslie enjoys blogging, interacting through social media, and building networks for local Orange Leaders to connect! Leslie lives in Noblesville, Indiana, with her husband Adam and their three children: Cassity, Jared, and Ryeligh.