3 Ways to Be Present for High Schoolers
Crystal Chiang
May 1, 2020 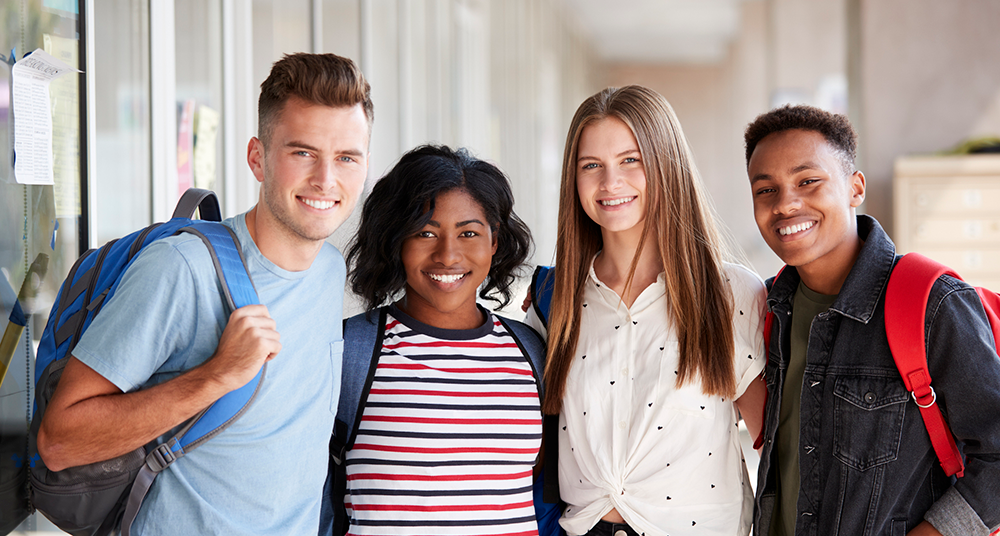 Being present in the lives of high schoolers is a tricky business. They need you to be there although they may not always want you to be there. Connection can sometimes be stilted if your few are always diving, face first, into the glow of their cell phone screen, and you’re a little less social media savvy. And it can be difficult to discern if a student is only pretending that they don’t like you but really do and they actually would really love it if you came to the baseball game on Friday . . . or they just actually don’t like you.

But just because a student is in high school doesn’t mean that they’ve “graduated” from needing to know that there are people who love them and who are willing to invest in them. That is a basic fundamental need for every person, and that’s especially true for high schoolers who are walking a tight line between childhood and adulthood. The role that you play is so important in the spiritual development of your few. So what you can you do you to be present for a high schooler? Here are three things to get you started (or take you further.)

1. Create space in your world.

You can’t answer the text, console the girl, and show up at the game if you don’t have the time. So create predictable margin—something like an hour on Sunday night and thirty minutes twice a week to check in. And leave room for random margin—for the calls and cups of coffee that you weren’t expecting. You can also connect with your few before and after school. Yes, I know. That can be a bit early in the day to emotionally connect with high schoolers. And yes, getting off of work early so that you can meet him or her isn’t always ideal. But choosing to be there for someone means choosing to sacrifice. Early mornings and late evenings are the reality, and so we may have to get creative in how we connect with them. Whatever route you take, create space for your few.

2. Show up in their world—even if it’s uninvited.
If you wait on an invite to be part of a high-schooler’s world, you will wait until hell freezes over. The truth about high schoolers is that they won’t invite you until they trust you. And they don’t trust you until they’ve hung out with you. Plain and simple. That means YOU have to make that first move. You have to be persistent. Text them. Snapchat them. Show up over and over. As the adult in the relationship, it’s on you to keep talking to them. And that still goes even when you get a string of one word replies. Don’t take it personally. It’s not you. She’s a fifteen years old living in a social media crazed world. And for her, connection (however impersonal it may seem) is a constant. And for him, digital connection is All. The. Time. So if he or she only sees you on Sunday, that relationship will alway feel disconnected. And you’ll both be left wondering why. So take the initiative, show up, and be present—especially in the things that matter most to them.

3. Pay attention to the time.
I know no one enjoys thinking about how quickly time slips through our fingers, but that doesn’t make it any less true. Let’s break it down. You only have 200 weeks, 8 winter retreats, and 4 summer camps before they are gone. And that’s only depending on whether or not you’ve been with them all through high school in the first place or whether or not that student has been involved in your church’s student ministry that whole time. With some of your kids, you’ll have had less. Either way, time is a luxury, and when it’s gone, it’s gone. So treat the time that you have that your few like it’s something valuable—and something that you have less of every day. When you pay attention to the weeks you have left, you’ll be more present in the time you have now. (I’ve heard that somewhere).

Will your few always rush to tell you how much they appreciate your creative flexibility and how you’re as available for them as you can successfully manage? Probably not. They’re high school students. Childhood is like a cozy tunnel, and your few have been safely tucked away in the backseat while parents and guardians man the wheel. But now they’re in the passenger seat while adults rattle off road rules, and life goals, and how sometimes, grown ups have cell phones plans that don’t include unlimited texts. And pretty soon, they’ll be the driver’s seat careening into the light at the end of the tunnel, and they’re probably only halfway convinced it’s not going to be terrifying.

So they may forget to recognize your consistent presence in their lives. They may be a little slow to consider how you carve out time to call them, to check in, to text, to check out their play at school when they didn’t ask you to come. But they’ll be better for having you in their lives, and knowing that there are adults out there who choose to love them will influence how they see God who also chooses to love them. So the calls? The texts? The cups of coffee? They may seem trivial in the moment, but they add up to something much bigger.

Download High School
Be Present,   Students,
Crystal Chiang WRITER
Crystal Chiang is the Executive Director of Student Strategy at Orange. Before joining the team in Atlanta, she spent 10 years as a high school Spanish teacher and student ministry leader, doing everything from small groups to speaking to curriculum design.