Comparison Is the Thief of Contentment 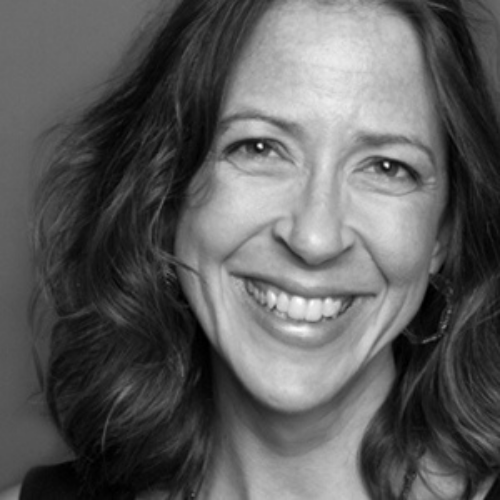 “Gracie gets super excited when her big brother comes into the room and calls out ‘bubba!’ Plus she says ‘doggy’ and ‘book’ and ‘ball’ and ‘milk.’ She’s just so bright and never stops chattering!”

My 15-month-old son was currently stuck on “dada” for everything. Even “mama,” which had shown up for a while, had dropped out of the rotation.

I gritted my teeth and scrolled down past another friend’s professional family photoshoot in a sunset meadow.

We may have a gazillion photos of my son—but only a scant few iPhone snapshots of the three of us together. My husband, a filmmaker, hates being in front of the camera.

It didn’t help when yet another post in the feed showed actual modeling shots of an out-of-state friend’s toddler.

My kid is seriously cute. But his cry face (which rivals Claire Danes’ on Homeland) isn’t going to be selling overpriced fruit and quinoa puree pouches any time soon.

I finally did what I should have done ten minutes before. I closed Facebook, took a deep breath, and tried to assess the unsettled knot tumbling around inside me.

Theodore Roosevelt once said, “Comparison is the thief of joy.”

“Comparison is the thief of contentment,” is equally true.

Before becoming a parent, I was continually tempted to compare myself to others: My writing, my run times, my interior decorating (or lack thereof), my homemade pizza. I could always find a quick shortcut to discontentment.

Now, as a parent, I face a whole new set of temptations to engage in comparison.

MILESTONES: those stony, immovable pillars of speech and motor skills and pretend play. Stop eating those wood chips, kid. Don’t you see the other toddlers climbing the slide on their own? I mean, you’re deep-sixing a full-ride scholarship to college right now. And that’s bad news based on the state of your college fund.

If you’re going to be a musical prodigy, you should be able to pick out tunes on the piano by now. Your cousin was singing do-re-mi-fa-sol-la-ti-do at 18 months. And please, you have to sit at the piano, don’t stand on the keys!

This is the church toddler room, not Alcatraz. See all the fun toys? And look at the other babies. They’re all happy and smiling because they love Jesus. They want to play nicely until their mommas come back. They aren’t howling and clinging to anyone’s leg.

My son starts pre-school in a few months. (How is that even possible?) While I know it’s important for him to spend time learning to get along with other kids, I’m painfully aware it will open up many new avenues for comparison.

What if he doesn’t behave as well as the other kids?
What if my room snacks aren’t Pinterest enough? (Not to mention his lunches…)
What if I don’t look as good as all those moms in the drop-off line who are ten years younger than me?

Comparison is the moving sidewalk you wander onto, the one that whisks you 50 yards away to a bad place before you take a step. It’s always right there, just one tiny thought away, ready to slide you silently, deeply into a mire of discontent.

Contentment, simply speaking, is choosing to be happy with what you’ve got. It’s relying on God to give you the power to control your thoughts. To recognize comparison when it creeps in and to rip it up by the roots before it can grow. It’s learning to live in a state of gratitude for even the smallest things.

I still want my son to be an early and avid reader, a musical prodigy, an enthusiastic young hiker, an independent spirit. But aside from teaching him to love God and love others, the greatest gift I can give him is to model contentment. If he can learn to see and find joy in even the smallest, simplest things God has given him, he’s found something of far more value than performing a cello recital by age three.

And when I see him fully absorbed in a dandelion or mesmerized by a trail of ants… I think he may already be further along that path than I am.

This article republished from TheParentCue.org.

Elizabeth Hansen has worked as a script writer and story developer for Orange since 2011. She holds an MFA in screenwriting from Regent University and writes for Feature Presentation, Get Reel, FX, Wonder, the Orange Kids Podcast, and more. Elizabeth and her husband, David, write and produce films through their company, Arclight Studios. They have two sons and live in Canton, Georgia.