Change Before You Have To
Powell Grisham
August 5, 2019
Change—it’s as common as the cold, as unpredictable as the weather and as painful as a toothache. And if we’re honest, we don’t typically enjoy it. Why can some leaders embrace change naturally and effortlessly? Why do some (most) of us struggle with change? And most importantly, what does God think of change and what does our ability or inability to change say about our faith in his plan? 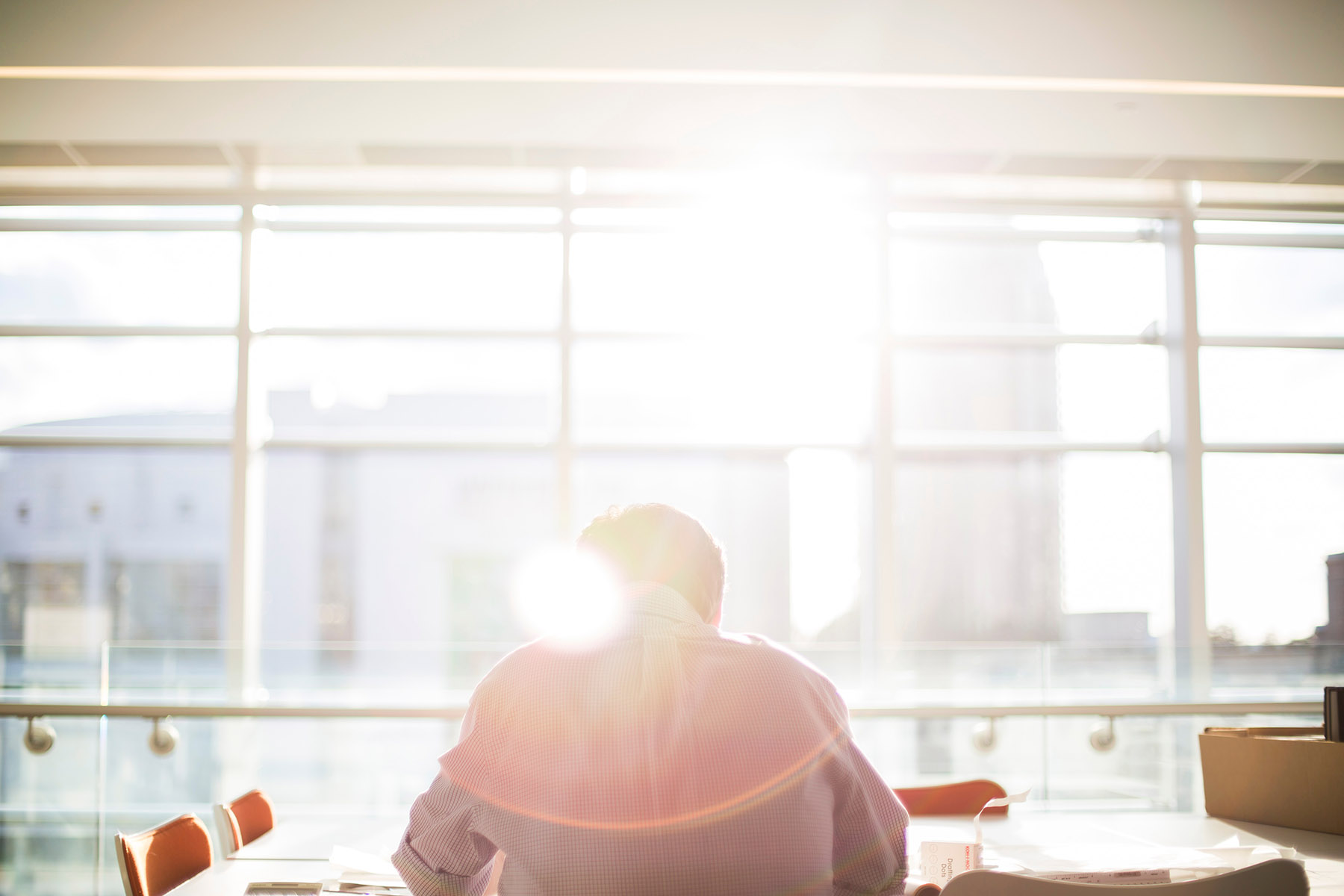 Change—it’s as common as the cold, as unpredictable as the weather and as painful as a toothache. And if we’re honest, we don’t typically enjoy it.

After a 30-second search on the word change, the quick discovery is that there isn’t a shortage of clever, witty and downright quippy quotes associated with it. Quotes like: “Nothing changes if nothing changes.” Or, “Every new day is a chance to change your life.” Or, “Nothing endures but change.” Now don’t get me wrong, all of these definitely have elements of truth, but they really don’t have enough oomph, enough excitement or energy to really make us get up and change anything. Even when a system, process, an environment or program is absolutely not working and we totally know something has to be changed, many times we’ve looked the other direction and simply ignored it.

Why Can Some Leaders Embrace Change Naturally?

So, why is it that some leaders can overcome this seemingly natural aversion to change and do the unthinkable? I’m not talking about simply changing the obvious things, I mean doing the unthinkable and changing something that is actually working? Yes, you read that right. I said, how can some leaders change something that is actually working? What is it that enables these leaders to make this type of unpopular decision? How can they muster up the courage to initiate a change that will seemingly complicate today in order to make tomorrow better? Is there something different in them that compels them to make a change that will cause inevitable discontentment?

In our organization of churches, we read a lot of business leadership books and apply more of the principles in our ministries than people might imagine. So maybe, leaders who can make these types of changes have read a few of Jack Welch’s business ideas around the idea of change. If you aren’t familiar with Jack Welch, he was the CEO of GE for 20 years and Fortune magazine named him “Manager of the Century.” He grew GE’s market value from $14 billion to over $140 billion during his tenure. (Yes, billion—with a B.) Jack has an incredible business mind and is often quoted in business settings. One great idea from Jack regarding change is, “Change before you have to.” What a great concept. What a great quote to have on your desk.

Another quote credited to Jack is this: “Good business leaders create a vision, articulate the vision, passionately own the vision, and relentlessly drive it to completion.” Now that quote has a lot more oomph and bite to it than something like: “Every new day is a chance to change your life.” But as ministry leaders, I’m convinced it takes even more than this strong and robust quote, from one of the most highly successful business leaders, to make the difficult decision to change something that is working in our ministry or environment.

I say that because we, as ministry leaders, do not answer to stockholders and we do not simply make changes because they will increase revenue. In actuality, the unhealthy culture in many churches causes all change to be seen as a negative and it can lead people to decrease or altogether stop their giving. Right!?! So, while I lean into Jack Welch’s quote and am inspiring on a business level, I believe it’s stories like we find in Ezra chapter 10 that enable ministry leaders to change things that are currently working in order to set us up for a better future.

Change as a Spiritual Practice

If you aren’t familiar with this story, Ezra and the final group of exiled Jews have returned to Israel. As Ezra was praying, one of the men came to him saying many of the men had broken faith with God by marrying foreign women. Because of this, a new covenant with God was instituted that exiled all foreign/pagan women and their children. WOW! Talk about a tough decision to make. Ezra knew his decision to change something—that many others saw as being okay—was going to have a huge impact. He knew what hung in the balance. He knew his decision was going to separate husbands and wives. He knew it was going to remove fathers from the lives of their children. He knew he was about to divide families forever. More than likely, Ezra personally knew many of the people who would be dramatically impacted.

So why would Ezra push forward to make a change to something when the people around him didn’t fully see it as a problem? He did it because he was committed to the covenant made with God over all else. Ezra knew how his vision and mission lined up directly with his covenant with God and he lead accordingly. He refused to let fear guide him.

What We’re Changing For

As ministry leaders in today’s ever-changing world, we have to do the same thing. We must fully understand the vision and mission of our church and not waiver from our covenant to lead people to our heavenly Father. Remember, all change can be tough and the changing of things that seem to be working is even tougher. I found in these times I have to rest on what God has truly called our church to be and know that I am moving us in that direction. If you start making a big change to something that is working and you do not understand and do not support the vision and mission of your church or support the leadership God has placed you under, do not move forward. Hit the pause button, spend time in prayer, seek counsel, ask more questions of your leadership and make sure you have clarity around the vision and mission of your church and you are in full support of your leadership. When you have this clarity and are walking forward as a team, you will make it through the toughest changes and experience a better future in ministry.

Leadership,
Powell Grisham WRITER
Powell is the Lead Pastor of Rock Point Church in Chattanooga, Tennessee. He and his wife, Amy, are so thankful for the ways God has moved in their family.  In 2004, after being part of North Point Community Church since it’s beginning, he was honored to be asked to help start North Point’s first strategic partner church, Wiregrass Church, in Dothan Alabama. After leading Family Ministry for six years at Wiregrass, he then served as President of Lighthouse Family Retreat. In the summer of 2011, Powell and his family moved to Chattanooga and joined the team at Rock Point. Powell graduated from Berry College and has an MBA from Troy University.  He and Amy married in 1996 and have two boys, Stanton and Whitaker. Powell enjoys needle point, collecting bird figurines and Big League Chew Bubble Gum. Okay, that last sentence isn’t true . . . expect for the Big League Chew part!