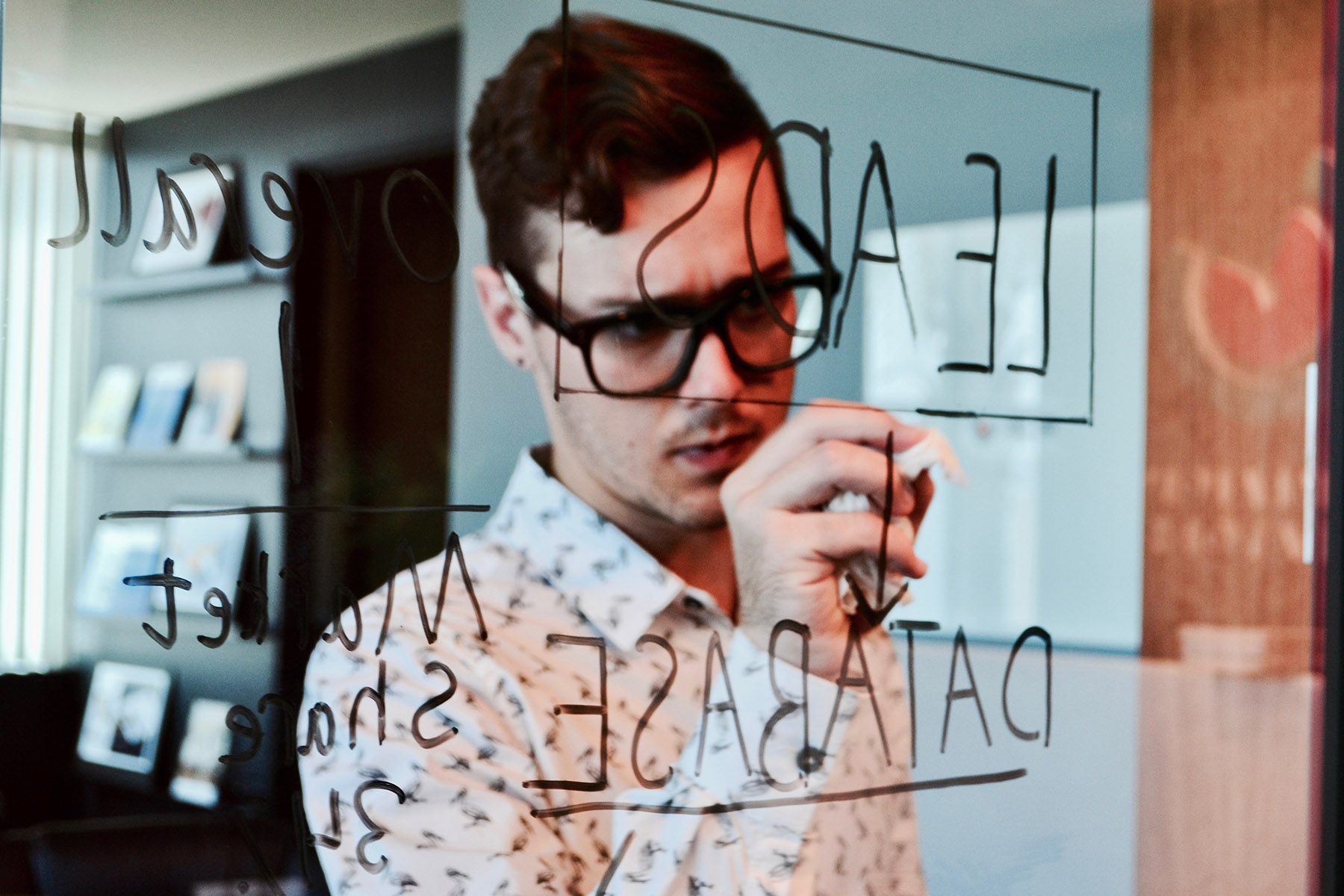 My friend, Hal Runkel, just wrote a book that I think is brilliant. The book is called Choose Your Own Adulthood and it is formatted like a choose-your-own adventure book. It is written for adolescents moving into the adult phase of their journey from letters he wrote his daughter along their journey. In the book, he talks about choices that we face that often look very similar, but by choosing one over the other we often get much different results. I think that is true for many things in life. Certainly, it is true when choosing to effectively lead a team over micromanaging. Often, it’s the slight choices that make all the difference.

This could have several meanings. If a leader were to say, “Do this job or something bad will happen,” that is a form of blackmail. But it’s not exactly what I’m talking about here. In the modern workplace we know that boundaries are important. Still, in many work places, I’ve seen these boundaries come with strings attached.

Here’s an example of what I am talking about. It’s a logical thought that the more an employee works—the more work gets done. I think most of us have had projects that took an enormous amount of hours just to get finished. At the same time most of us have families or lives outside of our job. Many studies show that healthy boundaries between work time and outside time help people be more efficient and effective. So, many workplaces have adopted an environment where creating boundaries around family and non-work time is valued.

However, one of the things that happens more than you’d think are leaders who grant the boundaries around non-work time, then turn around and cut that staff member off. The staff member no longer has a voice or the ear of any of the leadership. It’s as if to say, “We think it’s good that you spend time with your family but I guess you just don’t have time to excel in this company.” My experience has been that this isn’t done intentionally or with malice. Often leaders want things done around their schedule. They will inadvertently have a list in their head of people to call on. When someone requests boundaries around their family time, that person is removed from the list. On the surface it would seem that the staff member’s boundaries have been valued and granted. In a more practical sense however, that person has been cut off at the legs. So underneath what is an overt policy of valuing family is a covert policy that says don’t request boundaries or you’ll pay for it.

This in turn creates an overall covert/overt way of doing things. There are the things that are done and said on the surface and then the things that are done and said behind the scenes. Whether a leader knows or not, it makes it difficult to get straight answers or a clear view of what is actually happening when they’re not around. This contributes to micromanaging. Employees unintentionally start holding things back from leadership just to survive and balance time between family and work in fear of having the voice taken away. The manager in turn feels the need to look over the employee’s shoulder just to get an idea of what is really taking place.

Choose the Idea Over the Details, or Choose the Why Over the What Next

One thing that makes a leader great is their ability to see the overall picture. They can see where things are and aren’t working, and have a vision of how the steps will come together to form the results they desire. However, despite this ability there is a small shift that can steer into micromanaging when they focus too much on the steps rather than staying grounded with the overall picture. In other words, great leaders use the idea and the WHY to calibrate the details and the WHAT NEXT.

Essentially, this is just getting caught up in the details rather than helping the team understand the overall mission. A team member may have a very different way of getting to the same place. If a leader focuses on the detail and just communicates the next step, the team will only know as much as completing that next step. They may have no idea how that detail fits with the overall idea, because it is not the way they would have done it. The leader will also have to spend the vast majority of time keeping the team on track.

By clearly communicating the why of the mission to the team they’re better able to stay on track and end up at the same overall idea whether they have all the same steps along the way or not. The team is better able to work together, reducing the overall energy needed to arrive at the same place. The leader is able to use more time and energy in other areas that are greatly needed. This also creates a space for trust and appreciation to grow.

Choose to Guide Over Guarding

This goes hand-in-hand with idea over detail. Certainly part of the job of the leader is to see the overall picture of what the team is trying to achieve, but it’s impossible to be part of every detail. So being more focused on the end result is important. However, it will help the team to have some expectations and sync-up points along the way. This is where it gets very difficult to avoid micromanaging. It’s much easier to look over every move or to take a big step back and be passive. Having a balance between syncing up with your team while not dictating every move is where the magic comes in. In other words, it’s important to choose to GUIDE the team along the way while not GUARDING every move to be exactly the way you want it to be.

Guiding your team along the way by creating progress markers can be a very effective way to keep the team on task toward an ultimate goal. This often comes in the form of communicating expectations along the way. For example, “So the next step I hear you saying you’ll have accomplished. . . . ” Or, it can be as simple as asking a team member what you should expect. By knowing what to look for you can let go of watching their every move. That way the leader can observe rather than dictate. They guide the team rather than guard the exact path the team will take. Asking rather than telling can have the added bonus of building trust. If, for some reason, the expectation that is given does not meet the leader’s overall picture it creates a time to calibrate before things get too far off the rails.

Choose Grace and Accountability Over Criticism and Sanctioned Incompetence

Most of the time those who have the 10,000-foot view of the overall picture can easily spot out mistakes. It’s very easy to take a negative, critical approach when leading a team. In other words, it’s easier to point out what people are doing wrong. Although this may eliminate mistakes, it may set up an environment where staff members don’t want the leader to see what they’re doing. This can cause a leader to want to investigate even more and create a very unpleasant dynamic. As if that were not enough, there are obvious problems that occur when a team feels that their work is constantly being criticized.

Often when trying to compensate for the ease leaders have in seeing missteps while trying to keep from being critical, their approach is to say nothing when things go wrong. They just “let it go.” Instead of providing a less negative workplace, it instead creates what Dave Ramsey calls “sanctioned incompetence.” Essentially, this means recognizing something is wrong and letting it happen anyway. Obviously this undermines team morale. Those who are working very hard feel like they’re being penalized for doing things well. Slacking off becomes more of the norm. It’s much like in school when you worked very hard on a homework assignment only to find out the next day that the teacher wasn’t going to take it up. All those who played around the night before seem to be rewarded. Your hard work and expelled energy seem to be for nothing.

What is one to do? Obviously, negativity is not a sustainable motivator, but letting things go doesn’t work any better. So instead of taking a critical/sanction incompetence route, I suggest taking a grace/accountability approach.

Accountability simply means that there are agreed-upon expectations that everyone works to uphold. There is also an understanding that these things will be checked on and constructively confronted if they’re lacking. Accountability doesn’t have to be harsh, critical, or instill fear. It simply is a way to calibrate toward the excellence we all desire. The necessary partner to accountability is grace. Grace isn’t saying that incompetence is okay. It’s saying that we all make mistakes, but that we want to strive to do better.

Choosing grace and accountability over criticism and sanctioned incompetence really comes down to handling missteps in a way that moves toward growth and calibration rather than shame and feeling unappreciated. It looks like acknowledging the mistake and leaning in with encouragement to improve in the future rather than threats or condemnation. When grace and accountability are done in tandem, it allows the team to work closer together, to build trust, and to work out in the open.

Micromanaging can be one of the most natural tendencies that exists in a team. We all have a leaning toward control. However, there is so much magic and blessing that comes from a team that trusts, connects and works together in different ways toward a common result. It may feel awkward and take more energy at first, but making choices along the way toward effective leading over micromanaging can have ripples that are felt throughout the work environment.

Daron Dickens serves as a marriage and family therapist in Clarksville, Tennessee, where he lives with his wife, Margaret, and his two kids, Truman and Carter. He also served as a pastor for over 20 years. He loves reading, all things baseball and the heavenly blessing of coffee.