How to Incorporate Healthy Pastoral Self-Care into Your Routine
Daron Dickens
February 25, 2019
I grew up in Sherman, Texas. Most of you have never heard of Sherman, but I can tell you it was a wonderful place to grow up. It was a middle size town in North Texas full of trees (despite what many think about Texas), with a laid-back atmosphere, and a love for the Dallas […] 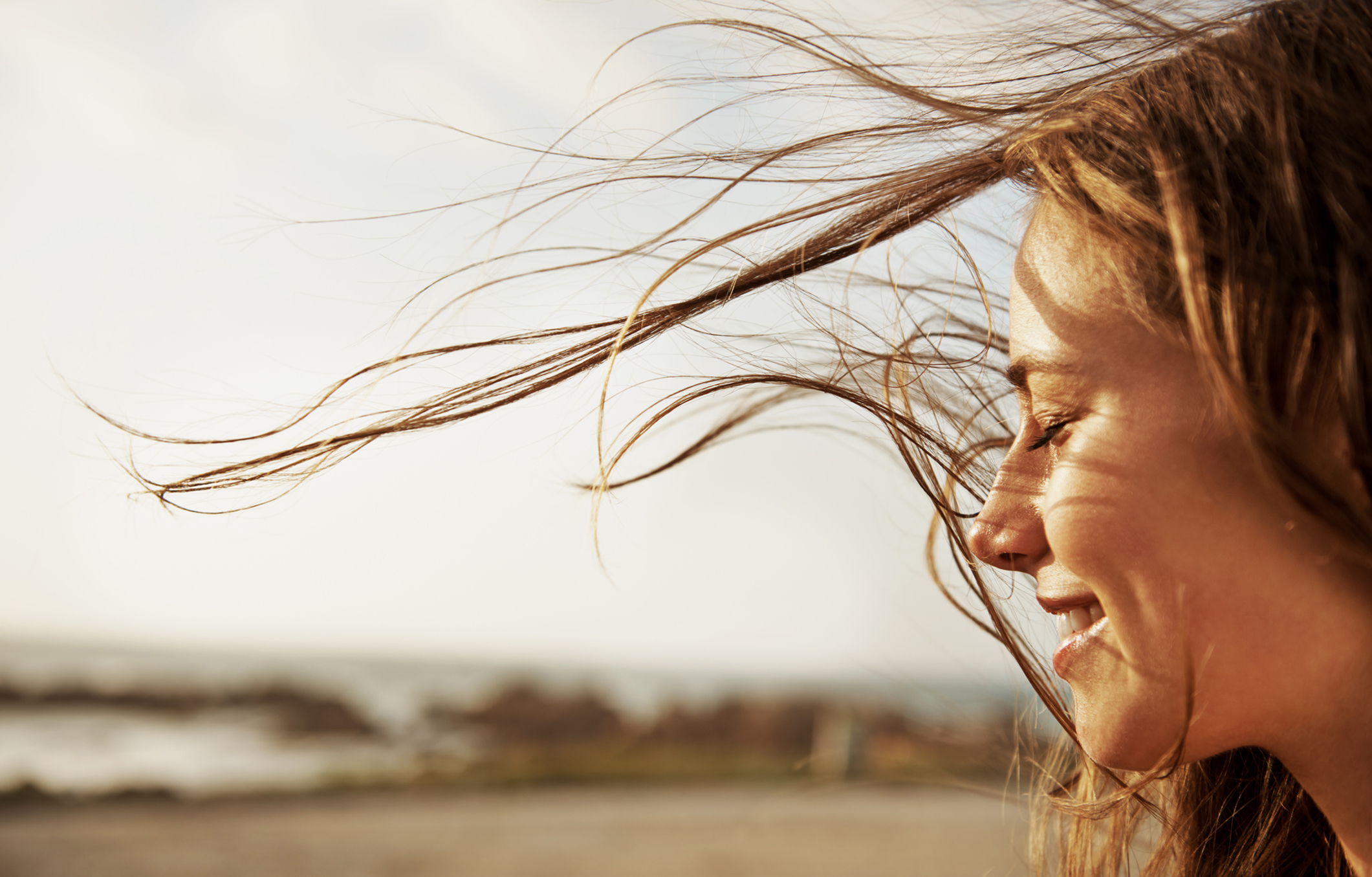 I grew up in Sherman, Texas. Most of you have never heard of Sherman, but I can tell you it was a wonderful place to grow up. It was a middle size town in North Texas full of trees (despite what many think about Texas), with a laid-back atmosphere, and a love for the Dallas Cowboys. What more could you want in a hometown?

Sherman is actually a sister city to Denison, Texas. If you grew up in a big city then it probably wasn’t strange to have cities delineated only by a few blocks of neighborhoods, but in a small town having two cities right next to each other is very unusual. Sherman and Denison are separated by a stoplight. Sherman is a dry town meaning no alcohol can be sold in city limits while Denison has no restriction. So that stoplight is a very well known landmark. There are two claims of fame for Denison, Texas. One is the birthplace of John Hillerman, the actor who played Higgins on the original Magnum PI TV show in the 80s. Secondly, it’s the birthplace of Dwight D. Eisenhower our 35th president and the Supreme Commander of the Allied Expeditionary Forces in Europe during World War II.

Eisenhower (or Ike to his friends) rose to the rank of general, but didn’t stop there. He went on to serve as the Supreme Commander of the Allied Expeditionary Forces in Europe. That means that he led ALL FOUR branches of the military and commanded D-day which practically ended World War II in Europe. For most, that would’ve been a long and prestigious career with a well-earned retirement by the pool waiting ahead. However, for Eisenhower retirement was being the President of the United States. During his time as president, he created the highway system which changed the face of the United States and still impacts us today. Some of you may be angry if you’ve ever been caught in the traffic, but that is nothing compared to the logjam of the road system that existed before Eisenhower came along.

Regardless of how you feel politically about Eisenhower I think we can safely say that he was a very busy guy. Despite the constant demands on his attention, Eisenhower lived his life by a very important principle:

You’re probably not reading this as the President of the United States or the Commander of the military, but you do have many urgent things that pull on you. Like most of us, the urgent often drowns out the important. We could write volumes on this subject, but I wanted to focus on one vitally important thing that often gets pushed out by the urgent in our lives. This essential thing is self-care. The biggest, common denominator with everything on your to-do list is that you’re doing each item. If you don’t take care of yourself then absolutely nothing on that list can be accomplished no matter how loud it screams for attention. I’ve found a tool that helped ensure that the important (self-care) was able to live side-by-side with the urgent without getting completely swallowed up.

It will be helpful to think intentionally about a few key categories when using this tool. This will help keep important areas of self-care from getting lost in the shuffle. The three that I find helpful are:

It will be easier to plan in a practical way in the realm of self-care by breaking it down in this way. Whether you use this list or something more relevant to you personally, don’t create more than three to five categories.

This tool is a way of structuring the things that are important in your life and overcome the two biggest obstacles that get in the way which are time and lack of resources. It also acknowledges that not every activity is created equal nor requires the same amount of time or resources.

The hardest part of preventing what’s important, namely self-care, from being devoured by what is urgent is that we often pattern our lives around the urgent. At the end of the day there’s simply no room left for the important. This tool intentionally creates a structure where the important is planned first so the rest of life can flow around it. We call this “Weekly, Monthly, Quarterly.”

This is a self-care activity done intentionally every single week. This particular activity will be low maintenance and low on resources. This is something you can absolutely complete and sustain every single week. Not only will you be intentional, this will also be something you’ll protect no matter what. No excuses, no schedule changes, and no trying to fit it into spare time. This is something you’re going to make an essential part of self-care each week. Of course, things come up. So, if something unforeseen happens that makes it impossible to do this activity it’s essential to reschedule immediately. Don’t just skip the week. Reschedule it later in the week. This might be going for coffee or doing quiet time or talking to a friend. For me this was eating Ginger Chicken at my favorite Thai food restaurant that was walking distance from my office every Friday at 2 p.m. It was a time each week I could enjoy something that I loved, have a moment of rest, and a time I could turn off all devices.

Monthly is an activity that takes a little more planning and a little more of your resources. This might be something you enjoy doing, like rock climbing at a certain gym or going downtown for brunch or something of that nature. For my wife and I, this was date night. Our problem with date night was that it always seemed our weekends were packed, daycare was more than a car payment, and the activities that we would do also cost an arm and a leg. So monthly, we would budget so that the money for the child care was waiting to be used, the money for the activity was waiting to be used, and we protected the time once a month where nothing else would be scheduled. We couldn’t do this type of thing every week, but once a month date night was a priority and protected. This was something we could look forward to each month to reconnect in terms of our relational self-care.

Quarterly is an activity that takes much more resources and is time intensive. It’s something that you absolutely couldn’t do on a regular basis, but is important to your self-care. We broke it up into the four quarters of the year. By doing a different type of activity each of the four quarters it was possible to do one intensive activity one time a year.

In the area of relational self-care, the quarters were broken up into:

Quarter 1 – Marriage enrichment activity.
This might be a retreat or a marriage conference.

Quarter 2 – A staycation like activity.
We might go into Nashville and stay at a nice hotel for the weekend without kids.

Quarter 3 – An activity that we had never done before.
This didn’t have to cost a lot of money, it just needed to be something that we were experiencing for the first time together.

Quarter 4 – A simply fun, relaxing activity we can do together.
For us this might be going to a baseball game or going to a concert. It was a little more intensive than going to the movies, but the requirement was simply to have fun together.

This allowed us to participate in these particular activities (marriage enrichment, staycation, etc.) once a year. Other categories might include: A marriage study done together, a service project, a fancy romantic dinner, or some sort of learning experience like taking a class together.

This is just one tool helpful to maintain intentional focus on what’s important. Self-care is essential, not optional. You may be able to last without it for a little while, but eventually it will catch up to you. When that happens it will affect every other aspect of your life.

General,   Leadership,
Daron Dickens WRITER
Daron Dickens serves as a marriage and family therapist in Clarksville, Tennessee, where he lives with his wife, Margaret, and his two kids, Truman and Carter. He also served as a pastor for over 20 years. He loves reading, all things baseball and the heavenly blessing of coffee.