Embracing and Learning from Different Perspectives
Daron Dickens
July 19, 2018
When I was young my dad and I had a special bonding activity. We’d be headed somewhere in the car and he would put me in his lap, let me take the wheel, and “drive.” Obviously, this was long before car seats and maybe even seatbelts. I must’ve been four or five or six to […] 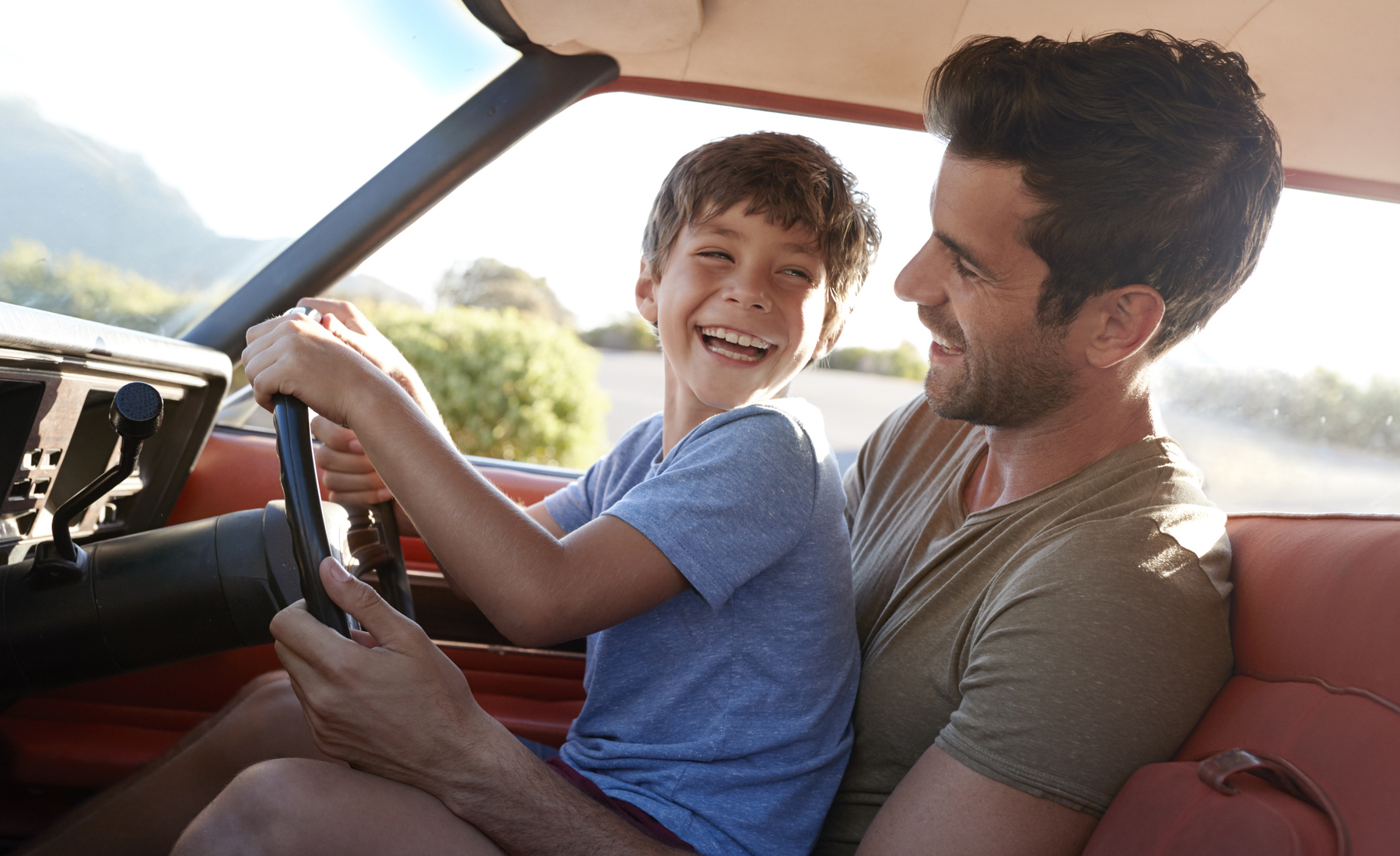 When I was young my dad and I had a special bonding activity. We’d be headed somewhere in the car and he would put me in his lap, let me take the wheel, and “drive.” Obviously, this was long before car seats and maybe even seatbelts. I must’ve been four or five or six to fit on his lap behind the wheel. Try to push down you’re shocked horror at a five-year-old in his dad‘s lap behind the wheel of a two-ton missile traveling 50 miles an hour for a moment to just embrace the sheer beauty of this magical moment. A father and son, free, figurative wind in our hair, traveling down the open highway together. What’s not magical about that?

Later in my life I was a big fan of go-carts. I had a friend who owned one in the neighborhood and we would take turns riding it up and down the street. So, it was a logical conclusion when I was 12 that I thought I absolutely should be able to drive a car. I had driven when I was five and it didn’t seem that difficult. The mechanics were essentially the same as a go-cart: one pedal for go and one pedal for stop. Obviously, I was on the precipice of adulthood as a 12-year-old. One more year and I would actually be a teenager which was practically grown-up anyway. Why would anybody be opposed? So, I thought very seriously that you should be able to take your driver’s test at 12. Of course, I was being very realistic by allowing that if you didn’t pass you would have to wait until 16 to take it again. I mean we have to be reasonable, don’t we? If you’re over the age of 20 and you’re reading this then you know the obvious conclusion. I was not allowed to drive. That didn’t stop me from fervently arguing my case to anyone who would listen.

This is a fun example of how things that often seem so right and true and straightforward can change as we grow older. Most of us have some situation like that. Something that we saw so forthrightly as a child and later grew to understand was not that great of an idea. Later we saw the same thing with a very different perspective. We often attribute this to being stupid or uneducated, but this is not really the case most of the time. Most of the time it’s from having different experiences or not having the full picture to work from when making our conclusions. The example of me driving at 12 is certainly the case. I was essentially right. It IS very easy to drive a car. The thing that makes it near criminal to put a 12-year-old behind the wheel is all the other things that have to be considered that are more abstract when driving a car safely. There are decisions that have to be made in terms of what can and can’t be done at the same time while driving like eating or texting or talking to the people in the backseat. These aren’t simply a matter of maturity because many engage in these very dangerous activities despite their adult status. These are things that are determined by experience and perspective. However, I do think the fact that the predominate time we change our perspective is as we grow older gives us a predisposition to believe that people with different perspectives are dumb, immature, or childish. In my opinion, it’s why I think we regard others in a negative light when they have very different perspectives than our own and are very sure in their position.

Certainly, there are times when we want to be right and that is the problem. We think of them negatively because they’re different from us. However, I think that most of the time, especially in a team setting, we all want the same things. We’re headed toward the same goals. When we meet someone with different perspectives, it’s usually a different perspective of HOW to accomplish that goal. I think most of us, if we have any level of health and awareness, would be willing to shift the way we approach something if it would achieve better results along the common team goal. This pre-disposition planted very deep in our brains is often the culprit that prevents this from happening.

So what are we to do? If this pre-disposition was planted over our lifetime and most of us are unaware of it, how are we to overcome? The short answer is awareness. I think we have to adopt new ways of filtering our own perception. One of the mantras that I teach to premarital couples as they are approaching the union of togetherness where they hope to work in unison towards common goals is:

I am not everybody.

Just because I feel, or respond to, or see something a certain way doesn’t mean that everybody experiences it in the same way. God made us all different. We actually experience the same world in which we stand very, very differently. I know you’ve probably heard that so often that it sounds cliché, but just stop and ponder it for a minute. As you and I sit in a room together on a team in the same room, in the same time, and for the same goal we will actually have very different perceptions of what is happening in that room, at the same time, along the same goals. Every bit of everything that we come in contact in our lives has to be filtered. Now add that concept to the fact that the people we interact with every day have different filters. How daunting is that?

[bctt tweet=”Just because I feel, or respond to, or see something a certain way doesn’t mean that everybody experiences it in the same way. God made us all different.” username=”orangeleaders”]

So why would God do this? Why would He design us in such a way that we all see things very differently? I think the answer to the question for a lot of people is that we don’t. There’s $1 billion industry that tries to group people into categories saying that everyone in that category thinks a certain way. Men are from Mars, women are spaghetti, and your children are Play-Doh. I’m not saying that we’re not socialized in certain ways, however, this negates our abilities within the same category to see things in very different ways. Negating these things because of our gender or our culture or are ethnicity limits the incredible creation that God made. I think God made us very differently so that we could have experiences exponentially greater than anything that we could hold inside of ourselves. When we realize that, “I am not everybody,” and try to see things from other people’s views rather than to be annoyed and shut those views down, we’re able to achieve immeasurably more than we ever could achieve solo. This is the beauty of team. Where teams may seem so frustrating because we’re having to take very different people with very different experiences and mash them all together for a common goal, I see the place where magic can take place.

So the most essential step in being able to learn from others who see things differently is to realize that this is not a negative thing. To embrace the fact that I am predisposed to think that most of the time when I changed my perspectives it involved me becoming more educated or maturing or just plain growing up doesn’t mean that people with different perspectives come from these positions. They matured and grew up and were educated in different ways. It doesn’t mean that their perspective (that is very different from me) is still stuck in this old way of thinking. When I can push away the automatic negative lens, when I experience someone with very different perspectives, it allows me to see it for what it really is: an opportunity for magic. I have an opportunity to experience something that I didn’t have the opportunity to do in my limited exposure. I have an opportunity to grow past my own experiences and my own life span. I have a chance to see something from different countries and different ethnicities and different genders and different walks of life and different mindsets that allow this process of team to become something so great! Obviously, these things have to be filtered into a working direction or we’ll be all over the place, but I think realizing that, “I am not everybody,” sets me up to be able to see these as extra tools along a goal rather than roadblocks that keep me from ever achieving the goal. Embrace different perspectives and feel the magic!

LEARN more about this: