Team Engagement and Collaboration: Motivating People to Work Together
Daron Dickens
June 21, 2018
I have two young children: a three-year-old and a six-year-old. For those of you that have young children, you know it’s a complete mixed bag. I wouldn’t trade it for anything, but I often find myself making declarations that I thought I would never make. Very commonly in our house on any given day you […] 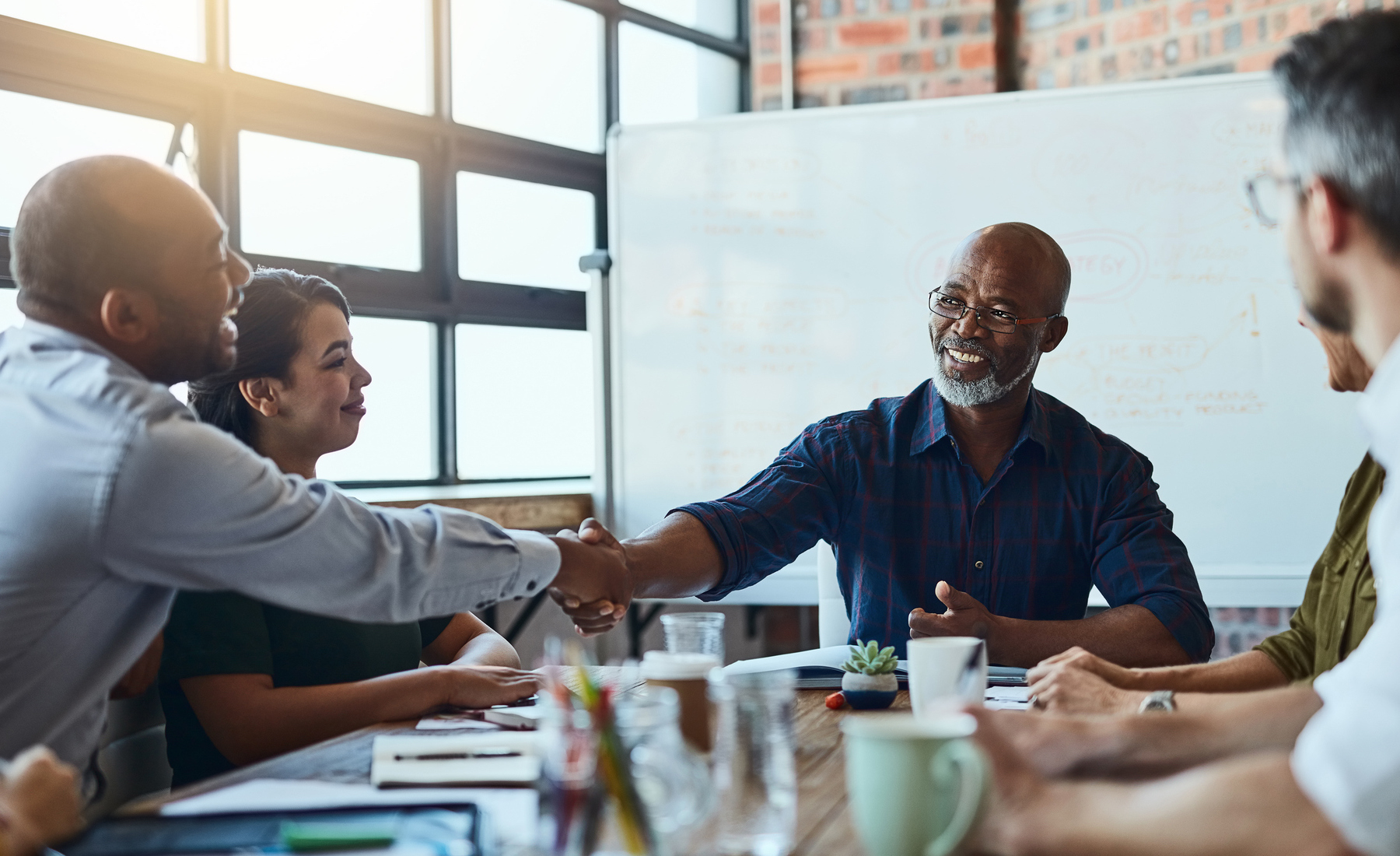 I have two young children: a three-year-old and a six-year-old. For those of you that have young children, you know it’s a complete mixed bag. I wouldn’t trade it for anything, but I often find myself making declarations that I thought I would never make. Very commonly in our house on any given day you might hear me declare:

Remember, don’t hit daddy in the face.
Only use soft balls to throw at people.
Don’t jump on his neck.

As I write these out, I see that there is a common theme. I might’ve mentioned that my three-year-old and six-year-old are both very active boys. One of the things that I found as I try to motivate them to hit less, love more, and just generally be nice people is that all motivation is self-motivation. I knew this deep down all my life, but first heard it articulated in this particular way by my good friend, Hal Runkel. Since hearing him say it this way, it has resonated with me. It has also put a light on how much time and energy is spent trying to motivate others. It’s a losing proposition. I cannot motivate my sons to do what I want them to do. I am not, however, powerless. It would seem in an all or nothing mindset that if I’m not motivating then I have no role as a parent or guardian. Not true. It’s just to say that I have to change my paradigm to focus on what is most effective and more part of the reality I live in rather than what I wish it would be. I wish I could tell them some brilliant thing like, “Don’t hit your brother in the face” and they would look at me with fondness in their eyes and magically stop. It doesn’t work this way. As I said, all motivation is self-motivation. Unless they’re motivated to stop, they won’t stop. I can make the environment uncomfortable and create choices to where it seems obvious to stop. In the end, no matter how brilliant my plan, they have to be self-motivated or they will not stop. That goes for parenting, or marriage, or community, and especially in working in a team. All motivation is self-motivation.

So, it’s much more helpful, in any of these situations, to look less at me trying to help other people do the things that I want them to do as it is to focus on working as a collective unit like a family. It’s a common descriptor that I hear of people when they talk about the ideal situation. They want their group or their team or their job to feel more like a family. What they really mean is they want to feel a connection with each other where they can be themselves, but also be working in a common system. They want to be about something bigger than themselves but not lose the importance of their individuality in the process. The therapeutic term for this is differentiation. It’s the ability to be fully connected while being fully separate. The idea of being fully separate while being fully connected seems at odds with itself. So, this ability to shift our paradigm is essential.

[bctt tweet=”The idea of being fully separate while being fully connected seems at odds with itself. So, the ability to shift our paradigm is essential.” username=”orangeleaders”]

Here are a few suggestions for shifts that will help you work in a collaborative well-functioning team:

From motivation to encouragement

This may seem odd, but as we just mentioned we cannot motivate others. What we can do is encourage others along a certain path. Encouragement can be such a nurturing substance. Encouragement isn’t about trying to get somebody to do something you want them to do. We have misused this phrase along these lines. Encouragement is coming alongside of somebody and cheering them on as they achieve goodness. It takes ourselves out of the equation. Motivation, by its very nature, means that we have to include ourselves in the process. We’re helping this person by motivating them to do what we want them to do or what they should do. Encouragement says that, by no effort of my own, I want to spur you on.

From dogmatic to systematic

A really well oiled, well moving team is one where each person knows their role and is working 100 percent in that sweet spot. Although there is some overlap, for the most part, it’s about me doing my part in the best way I can do it while you do your part in the best way you can do it. When all of us come together, it makes for something really magical. Although it’s often very important to have a team leader that’s overlooking this process, it’s often hindered when that team leader is taking ownership for the process. When we can be encouraged that someone is taking on their role in the team in a very genuine authentic way, even if that way is very different in the way we would do it, then we become less dogmatic and more able to work alongside of others. This, of course, comes with a few elements that are essential. We must know our role, we must know where we end and other people begin, we must know the expectations of the group as a whole and the expectations placed on us personally, and we must know how to communicate within those different roles. If those elements are present from the beginning then our duty is just to stay in our lane giving 100 percent and then letting others do the same in their lane. Systems work great when people know they’re part of the system and let go of the process that doesn’t involve them. If a problem arises, then problem solve. Don’t turn and try to look to see how that person should’ve done their part of the system like you would’ve done it.

From problem centric to achievement centric

When working toward a common goal, it’s very natural to steer toward identifying things that are hindering that goal. As we work, obstacles pop up that hinder our work, and if we remove those obstacles, things run smoother. Makes sense. However, this often puts us in a mindset to be looking constantly for problems and take on a negative lens. Instead of seeing all the good, all the accomplishment, and all the movement we only see the places where movement is hindered or problems have occurred. We’ve all experienced this in some sort of work or family setting where, despite all the work we’ve done, our parent or boss only focused on the one little thing we did wrong. It’s very annoying and often can hinder self-motivation. It isn’t to say that we embrace what Dave Ramsey calls sanctioned incompetence and just turn a blind eye to problems in the process. It is to say that we look at a more holistic view of things. We need to point out the good all along the process along with the bad. Not just to make the bad more palatable, but because good and bad are happening all the time side-by-side.

From internal feelings to external compliments and words of affirmation

In teams where things are working well, we often have fond feelings for others on the team. However, sometimes it’s difficult to remember to articulate these into compliments and words of affirmation. Again, we focus on the negative in an attempt to remove it in order to make positive possible, but in doing so we can find ourselves only articulating negative. The positive feelings are there just under the surface. We may feel all kinds of warm fuzzies, but a compliment unspoken doesn’t exist. People outside of us don’t know the feelings we feel unless we back them up with words of affirmation. It’s very important to articulate the good things you feel and see in people. Again, this is not a tool for handling people. This is authentically articulating the goodness that you see in people. Compliments and words of affirmation are not the fuel for team, but they are the lubricant that helps the team run more smoothly.

These are just a couple paradigm shifts to help move in a way that is going to be more effective in helping you achieve the things that you want to achieve in a team setting. Certainly having over-arching mindsets like positive regard for the people on your team and a clearly communicated end goal for the team will be important, but these aspects listed above can really help you to work in collaboration and harmony.