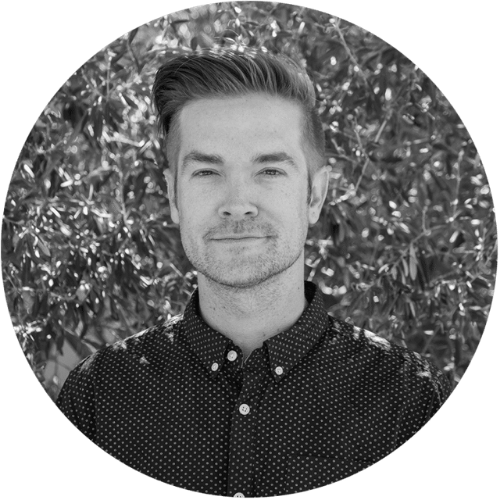 Whether you’re resistant to change or love to seek it out, one thing is for sure—it’s coming. No matter how much you love your current role, at one point or another, it’s going to come time to transition to a new season. In NextGen ministries, leaders typically stay in their roles anywhere from 2-5 years, so the question really is much more about when a change will happen, rather than if it will.

After spending nearly nine years on staff at the same student ministry in Austin, my wife and I began sensing that “new” was around the corner. With that came the tension of moving on. I’d spent nearly a decade investing in and building student ministry culture, and the thought of leaving hurt. However, I learned some really helpful things through that time and from others on how to transition out of a position in a way that is healthy for you, your leadership, and your church.

Preparing for Your Last Day Begins on Your First Day

It’s a well known and commonly taught leadership practice to replace yourself. Your eyes and ears are never more open than in your first days of being on a team. You’ll quickly learn what is celebrated and valued. You’ll also gain an understanding of your context—where your organization is, how they got there, and the vision of where they’re going.

As soon as you have an understanding of the scope of your role, and the vision and culture of your organization, begin identifying those around you that you can invest in and develop. Give team members clear opportunities to use their gifts, and develop systems that aren’t dependent on you.

In nearly every situation, our organization will last long after our departure. If you’re really bought into building the church, you’ll think beyond your tenure.

Put it All in Perspective

Early into my season of transition, one of the greatest influences in my life shared some very simple, but powerful wisdom with me: Jesus loves your church and those you lead immeasurabley more than you do. If you’re struggling with the fear of what will happen to the kids, students, and team you lead, allow yourself to surrender those things to the one who is really in control.

[bctt tweet=”Jesus loves your church and those you lead immeasurabley more than you do.” username=”orangeleaders”]

As soon as you feel is healthy, bring your leadership into the conversation. This will allow your current organization the most time possible to begin evaluating and pursuing what’s next. Doing this will also give you the freedom to invest in your job search without feeling like you’re a teenager sneaking out at night.

There’s also the reality that some of us work for leaders who wouldn’t receive that news in a healthy way. Some organizations clearly display that an employee’s value goes out the window once they start “looking.” If that’s a situation you’re in, use discretion about when you open up and to whom. If things are received poorly, allow it to serve as confirmation that it’s time you transition to a healthier culture.

Once a Decision is Made, Move Quickly

Once the cat is out of the bag, there’s no putting it back in. Our people-pleasing nature as ministry leaders tells us we need to try to move slowly as we lead others through change. The reality is, as adverse as humans are to change, we tend to embrace it a lot quicker than we think. Once your team and those you influence begin accepting the news that you’re leaving, they’ll start living in that reality. At the end of the day, you and your leadership need to set a timeline that will serve the church well, but announced transitions spanning months will lead to decreased buy-in, participation, and involvement.

If it hurts to leave where you are, that means you invested in what matters most—people. With change being a given, we’re one step closer to what’s next today than we were yesterday. Our perspective and preparations leading up to “new” will make your eventual transition much more healthy for your staff, your leadership, those you lead, your family, and yourself.

Ian Rock has been investing in the lives of students and their families for over a decade. After spending nine years pastoring in Austin, TX, he and his family moved to Phoenix in 2017, where he’s on the team at Sun Valley Community Church. His favorite leadership moments are when he’s witnessed others find opportunities for impact that match their natural wiring and gifting. His joy comes from spending time with his bride, Gina, their son, Sawyer, and daughter, Tyler. He loves discovering new music, hiking the AZ desert, gaming, and all things related to Texas A&M. Follow @ianrock on Instagram and Twitter to stay connected.