Trusting Volunteers To Do What They Think Is Best 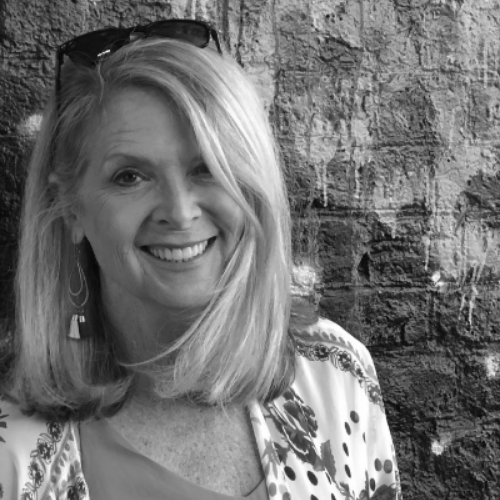 It was the week of Easter, and things weren’t going well. Rain threatened to flood the tent that was being beaten by cold wind. Outside, staffers who normally would be working on fine details of programming were digging ditches and stacking sandbags in a desperate attempt to divert water. The long hours and difficult set-up had already taken their toll on normally strong leaders. A team of volunteers charged with building decor for the stage walked into the midst of the wet and weariness and asked for direction.

In that moment, there was none to be offered. Instead, they heard two sentences. “We trust you. Do what you think is best.”

And with that, the volunteer team went to work. Panels were erected and decorated on each side of the portable stage, more decorations were added to the stage itself, and even more work was done to the entrance of the tent so that it would be welcoming to all who entered.

Easter weekend, staff and volunteers joined together behind the panels and prayed—and gave thanks for a week that had taught them all a valuable lesson about deference and unity and leadership.

For those of us in positions of leadership, sometimes the best thing we can do is to demonstrate that leadership by letting go of it.

For the rest of us—the ones who volunteer, the ones who come alongside—sometimes the best thing we can do is to choose to demonstrate our service by leading well.

It’s not a new concept at all, this “letting others take the lead” idea. Jesus was a master at both leading and letting go. Even as God in flesh, He trusted His crew of disciples to make decisions, to represent Him, to care for others in His name. Even as Lord of all, He didn’t lord it over them, giving them space to falter and fare well and be creative and extend invitation to others.

Think about the description of deference in Philippians 2:

Agree with each other, love each other, be deep-spirited friends. Don’t push your way to the front; don’t sweet-talk your way to the top. Put yourself aside, and help others get ahead. Don’t be obsessed with getting your own advantage. Forget yourselves long enough to lend a helping hand.

Now think about the two sentences said to the volunteers at Easter: “We trust you. Do what you think is best.”

For the volunteers, those same two questions became critical as they moved from a group of people following instructions to a team of people working in unity to serve—and lead—well. A quick rally of those involved, trusting each other to do what is best, allowed those volunteers to use their gifts and talents as they worked together. Yes, there were questions along the way that only church leadership could answer. But being entrusted with leadership empowered the volunteers to act upon the responses they received. They did what they thought was best.

That rainy Easter week set in motion a relationship between staff and volunteers that continues to strengthen and grow. Soon, the volunteer team originally asked to decorate a stage was invited into planning meetings for upcoming sermon series and special events. A partnership born in chaos thrived in calm. When asked what the key was to the relationship, the same words spoken on a wet and weary night echoed from all involved.

“We trust them to do what they think is best.”

Ronne finds joy in telling stories that change stories. A former marketing executive and church communications director, she now shares her 30 years of creative leadership with faith-based organizations around the world, where she’s honored to gather words and images that inspire others to action. She’s also a speaker—sharing battle-tested wisdom about leadership, advocacy marketing, and finding God in the most beautiful and painful of circumstances. Ronne lives in Texas with her husband, Brad. They have one son, a daughter-in-love and two grandchildren – and a rescued pup with a perpetual attitude. She is currently writing Building Eden, a book about women around the globe who believe in the reality of restoration, on earth as it is in heaven. You can find her stories at https://ronnerock.com, and follow her travels on Instagram athttps://instagram.com/ronnerock.