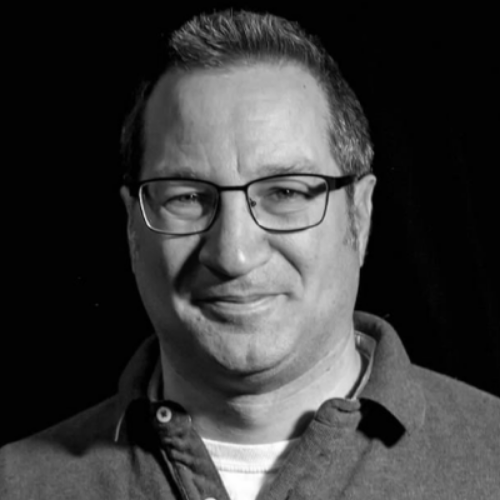 Ever hear of the McLobster? How about the Sony Betamax? Okay last one, have you ever heard of the Pepsi A.M. breakfast cola? NO!?! Really?!? Well, that’s okay, not many people have. And, to be honest, I only remember the Betamax machine. I actually had a friend that had a Betamax machine to watch videos.

What do you think all these products have in common? You guessed it, they were failed products released by BIG companies. The reality is every day, month and year people, churches and companies try new things or release new products that ultimately fail.

To be honest, I am actually quite good at failure myself. I know, I know, it’s a gift. After working in youth ministry for over 17 years and now tackling online ministry, failure is something I’m used to. Whether it was organizing an event where nobody showed (yep, literally ZERO people), or have forgotten key details of a big event or even forgot to load the video for the online service, I have had my share of failures. And, in that moment, it stinks! It might be one of the worst feelings I’ve ever had because I take it so personally.

But one thing I have learned with all my failures is that failure is not the problem. Failure is actually a good thing. Why? Because failure shows that you are actually trying and are willing to take a risk. And if you can step aside from taking it personally, you can learn a ton from your failures so that you don’t make the same mistake again.

For instance, do you remember the Apple Newton device? No? Well it was Apple’s first PDA. NO! Not public display of affection, but personal digital assistant. Palm, Inc., made these really popular with the Palm Pilot (I had one). Well, Apple invested millions of dollars in this product which was a HUGE failure. So, on the plus side, no matter how big a fail you had, at least you didn’t lose MILLIONS of dollars.

But what if Apple chose to close up shop after the failed Newton device? What if they said they were going to stay out of the personal computing business all together? Then we wouldn’t have great products like the iPod, iPhone and iPad. Apple learned lessons from their failure and so can we.

So, what, Tom? How do these “corporate” failures help me in ministry?

There are a few simple things we can always do when dealing with failure.

For starters, you can learn from your mistakes and move forward. This is huge and really will be a driver for whether or not you overcome this failure. Because, whether what you did was a success or failure, you can ALWAYS learn from it. So take some time and debrief it afterward. For instance, one thing we like to do at our church is to break it down into three categories.

Secondly, don’t take it personally. I know this is hard to do (at least for me, anyway), but you cannot think that the failure is a direct reflection on you and who you are as a person. Could you have done more? Sure, but again when people don’t show up to your event it doesn’t mean they don’t like you. And, on the plus side, no matter how big a fail you have, at least you didn’t lose MILLIONS of dollars like all those major companies did.

Finally, try again! Learn from your mistakes and try it again. In the movie Batman Begins there is a scene where Bruce Wayne is struggling with what he thinks is a failure. But his butler, Alfred, reminds him of something his dad said years ago. “Why do we fall, sir? So that we can learn to pick ourselves up.” He then goes on to say that he will never give up on Bruce.

Even though we may fail, that doesn’t mean we stop trying. We can learn from any success or failure. And the great news is that God will NEVER give up on us! God has you where you are for a reason! Learn from your mistakes and seek His wisdom and direction to learn how you can make the next time you attempt something even better.

Will we fail again? You bet! I’m bound to fail any second now. But don’t let it stop us from learning and trusting God to guide us through it.

How have you experienced failure and what did you learn from it that made you a better minister and person?

Tom Pounder was born and raised just outside of Washington, DC. He has been working full-time in ministry since 1997. Tom has a background in Student Ministry working over 22 years with teenagers and currently serves as the Student Minister and Online Campus Pastor at New Life Christian Church in Chantilly, VA.