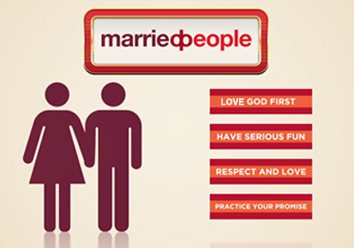 Whether it’s finances, parenting, in-laws , sex or a million other things, so many married people get stuck on an issue. They find themselves having the same fight over and over. When this is the case, it doesn’t take long before the issue becomes more important than the relationship. When this is the case, when a married person thinks about their spouse, they think about the issue. When they look at their spouse, they see the issue. When their spouse speaks, they hear the issue. So, what’s the answer? Many people feel they can’t move forward in their marriage until the issue is resolved. Sometimes this may be the case, such as with infidelity. But I have found more times than not, that it is helpful for couples to take a vacation from their issues.

Some dear friends of ours were stuck on the issue of whether they should move to a bigger house or stay in their current house. While that is definitely a “rich people problem,” it was a problem all the same, causing great tension in their marriage. They were at our house the night before they were leaving for vacation and they were afraid they were going to fight the entire trip. I encouraged them to take a vacation from talking about moving or staying. They were surprised by my suggestion, after all, isn’t the answer to every struggling marriage to resolve your issues? Shouldn’t couples really get in there and figure it out? Shouldn’t they see a counselor to help them fix it? Again, sometimes the answer is yes, but oftentimes the answer is simpler. As in our friends’ case, where the answer was to take a vacation from the issue. When they returned from their vacation, they said they really enjoyed being together. They needed a vacation from their issue. Since then, they have decided to stay in their current home. They decided that no home was more important than their relationship. But they needed a break from the issue to see it more clearly. They needed a break from the issue to make their marriage the priority again.

What about you? What issue does your marriage need a vacation from? Obviously, you don’t actually have to go on vacation to take a vacation from your issues. You can stay home, and it just might be the best trip you take all year.

Stephanie Porter
We use cookies on our website to give you the most relevant experience by remembering your preferences and repeat visits. By clicking “Accept”, you consent to the use of ALL the cookies.
Do not sell my personal information.
Cookie settingsACCEPT
Manage consent