Is the Divorce Rate Really 50 Percent?
Orange Leaders
May 22, 2012
I recently spoke at the FAM conference at Azusa Pacific University. While I was there, highly respected researcher, author and speaker Shaunti Feldhahn, and Jim Daly, President and CEO of Focus on the Family both stated that the divorce rate is not 50 percent. They both said it was somewhere between 32-35 percent. Feldhahn also […] 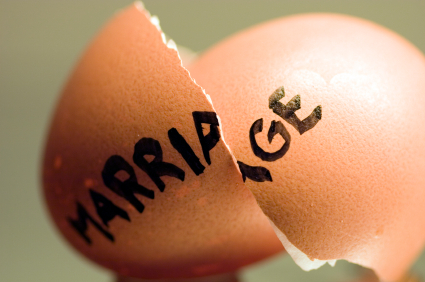 I recently spoke at the FAM conference at Azusa Pacific University. While I was there, highly respected researcher, author and speaker Shaunti Feldhahn, and Jim Daly, President and CEO of Focus on the Family both stated that the divorce rate is not 50 percent. They both said it was somewhere between 32-35 percent. Feldhahn also stated that couples who are involved in church have only a 25 percent divorce rate. Over the next couple of days at the conference, there was a buzz about these stats.

The buzz led to a question I would like you to consider and to please respond to: If the divorce rate really is much less than we have been led to believe, does it matter?

I believe yes and no.

Yes – When I talk to younger people considering marriage, they truly act as if there is no getting around the 50 percent divorce rate. In other words, they really believe that no matter what they or their future spouse do, they only have a 50 percent chance of making it. That always makes me sad. They feel like if their faith, actions and Jesus got into a boxing ring with the divorce rate, there is a 50 percent chance they would get knocked out.

No – I decided long ago, I was not going to fight to change the divorce rate. I know that sounds weird coming from someone who has devoted his life to helping churches help marriages. But I believe marriages aren’t stats, they are stories. Marriages are stories God wants to use to draw people to your church. My goal is to help churches change the stories the marriages of their church are telling.

So, what do we do with these stats? I’m not sure. I’m still waiting for final instructions. For now, I just want to throw it out there to see what you think and see what God wants to tell me through your response to this post. So, help a brother out, will you? What do you think? If it is true that the divorce rate is much lower than we thought, does that matter?