The Grace of God Book Study, Part 3
Orange Leaders
December 21, 2011
Have you ever been labeled or described in some way that you really believe isn’t a fitting revelation of who you are? I’ve watched the pain of high schoolers I minister to, trying to turn their lives around, but still trapped by the labels they bore earlier in life such as “cheat,” “pothead” or “slut.” […] 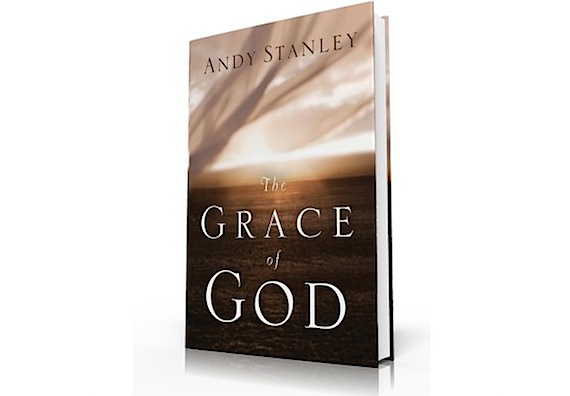 Have you ever been labeled or described in some way that you really believe isn’t a fitting revelation of who you are?

I’ve watched the pain of high schoolers I minister to, trying to turn their lives around, but still trapped by the labels they bore earlier in life such as “cheat,” “pothead” or “slut.” Kids that have made huge changes, but are still burdened with the mask of their mistakes. We all have been labeled as something we’d rather not be known for, a word or phrase that highlights something we’ve done or said that we’re not proud of.

In chapters six through eight in the Grace of God, Andy Stanley reveals the shortcomings of several people in the Bible, I’m sure all who would’ve rather not had their poor judgment or decision mark them for eternity. But their transparent stories reveal for us today the power and healing of God’s grace.

Stripping the Labels
It’s just a few days until Christmas and you’ve likely purchased at least one gift that has that impossible price tag. You know; the one that you can’t easily remove or it leaves hints of its sticky remnants on the gift you want to be perfect when the recipient opens it on Christmas morning.

In chapter six we discover that God doesn’t require us to be perfect or remove our sin labels of the past to receive His grace. Rahab’s transformation was a process, but she didn’t need to become perfect before she discovered God’s acceptance and grace. Just as a gift recipient is focused on the gift as a whole and the remains of its purchase price, God sees us as the gift of who we truly are—not the sticky remains or labels of our past.

Repeat Offenders
You think I’d learn—there’s a certain spot on my drive home that regularly has a police officer sitting behind a bush with a radar gun. The first time I was pulled over, I readily admitted I was speeding; I was late to a meeting and was a little heavy on the pedal to get there on time. I graciously received a warning and packed it away in my head that I need to slow down. Yet, one month later I was obviously sick with a head cold, on my way to the doctor for some quick prescription relief, when those red lights pulled out behind me. You think I would have learned—but I didn’t. With a warning already in my record less than a month prior, the officer really didn’t have a lot of choice. I was going to have to receive a ticket. But even though I was obviously a repeat offender, didn’t learn my lesson the first time, he extended some grace toward me. I don’t know if it was my obvious sickened appearance or that my guilt and remorse was plastered all over my face, but the officer didn’t give me the penalty that I should have received. He lessened my speed and I received a minimal ticket.

You think I would know not to speed on that road. But occasionally I look down at the speedometer and quickly lighten up on the pedal because I catch myself once again in a hurry to get yet another ticket.

King David seemed to have the same issue—he continuously messed up, his behavior exposed his very human side. Yet, it didn’t stop God’s grace, in fact, it ultimately revealed that God’s grace and love has no limits. It has no boundaries. King David’s story shows us that God’s grace is greater than all of our sin.

You Can Run But You Can’t Hide
The story of Jonah is classic—not just because it’s a great fish story, but because it’s so relatable. All of us have experienced situations when we really don’t want to do what we know is right, we don’t want to listen to God’s direction, even though we know in the end that it’s what is best for us. God might not have an actual big fish swallow us up to teach us a lesson, but He does find ways to get us to listen.

When God reveals His discipline in our lives it’s not to push us away—it’s to draw us closer to Him. Sometimes, it places us in a situation that is uncomfortable, such as extending the grace we easily and readily receive to others.

Think On This
What are the labels you’d like to completely strip from your life? What life lessons have you learned when you’ve been a “repeat offender?” Why is it so easy for us to receive grace, yet often difficult for us to extend it? Who do you need to extend grace to this week or in the upcoming New Year?