MarriedPeople: Starting Over to Teach Less for More
Orange Leaders
August 29, 2011
While I bring many different types of neuroses to the table, perhaps the most frustrating to others is my need to start over from the beginning. This has been the case with me my entire life. When I was a kid, playing sports was always frustrating for me, because when I messed up I just […] 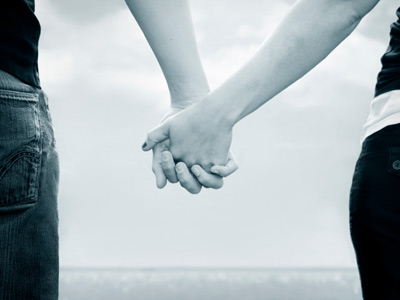 While I bring many different types of neuroses to the table, perhaps the most frustrating to others is my need to start over from the beginning. This has been the case with me my entire life. When I was a kid, playing sports was always frustrating for me, because when I messed up I just wanted to start over, which I think is the opposite of sports. When I was in college studying for an exam, I would quiz myself on my notes until I got something wrong, then I would go back and start over until I messed up again, then I would start over again, and again. The problem with this method of studying was that I knew my notes really well on the front end, and very little on the back end. The same is true when I am preparing for a message. I find a secluded place and go over my message aloud until I mess up, then I start at the beginning. My messages are typically much better on the take off than the landing.

Despite the flaws of always wanting to start over, I feel like it has an up side. In some situations there is something to be said for starting over, especially completely over. For instance, I love blue-sky thinking and often starting with a clean slate is crucial for the sky to be truly blue. I think this was the case when we started the discussions about what should be the core content for MarriedPeople. I must say that during my time on staff at North Point Community Church, I drank the Kool-aid when it came to content, specifically the core value: Teach Less for More—which suggests that if you teach less, people will learn more. One question birthed from this principle was, “Not what can we say, but what must we say?”

So, on my initial quest into the less for more “must says,” I spent several months looking at every verse that contained the words marriage, married, husbands and wives. What I found was very good news, at least to me: God’s way for marriage might not be easy to live out, but it is certainly easy to understand. God gives us only a few verses on how husbands and wives should love each other. With those verbs and verses in tow, I filled a room with some great creative minds and wordsmiths. From the precious few Scripture verses on marriage came what we now call, Core 4 Habits of a Great Marriage:

Does this make sense, or do I need to start over?

From 2001-2010, Ted Lowe worked as the Director of MarriedLife at North Point Community Church. His wife Nancie played a huge role in hosting and planning MarriedLife programs at North Point. It was during their time at North Point that they decided they not only wanted to help the married people at North Point, but married people at churches all over the world. So, in partnership with Orange and church leaders everywhere, they are working fast and furiously to—HELP CHURCHES HELP MARRIAGES. They have three children: Chapman (10), Judson (7), and Teddie (5), and live in Cumming, Georgia. You can follow him on Twitter and Facebook.