Author Spotlight, Geoffrey Canada
Orange Leaders
April 20, 2011
Do a Web search for his name, and you’ll see listing after listing of praise for Geoffrey Canada and his work to bring hope to Harlem through education. The Orange Conference is beyond excited to engage with Canada, learn from him, and hear his “it’s your move” philosophy. In his 20-plus years with Harlem Children’s […] 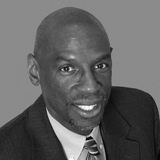 Do a Web search for his name, and you’ll see listing after listing of praise for Geoffrey Canada and his work to bring hope to Harlem through education. The Orange Conference is beyond excited to engage with Canada, learn from him, and hear his “it’s your move” philosophy.

In his 20-plus years with Harlem Children’s Zone, Canada has become nationally recognized for his pioneering work helping children and families in Harlem and as a passionate advocate for education reform.

Canada’s current project, the documentary “Waiting for Superman,” is a critically acclaimed look at education, following several children through a system in desperate need of renewal. According to NYDailyNews.com, “in the grim public education documentary ‘Waiting for Superman,’ Canada stands out as the singular voice of hope in a film that paints the nation’s public school system as nothing short of a full-scale disaster.”

Since 1990, Canada has been the president and chief executive officer for Harlem Children’s Zone, which The New York Times Magazine called “one of the most ambitious social experiments of our time.” In October 2005, Canada was named one of “America’s Best Leaders” by U.S. News and World Report.

In 1997, the agency launched the Harlem Children’s Zone Project, which targets a specific geographic area in Central Harlem with a comprehensive range of services. The Zone Project today covers 100 blocks and aims to serve over 10,000 children by 2011.

The New York Times Magazine said the Zone Project “combines educational, social and medical services. It starts at birth and follows children to college. It meshes those services into an interlocking web, and then it drops that web over an entire neighborhood….The objective is to create a safety net woven so tightly that children in the neighborhood just can’t slip through.”

The work of Canada and HCZ has become a national model and has been the subject of many profiles in the media. Their work has been featured on “60 Minutes,” “The Oprah Winfrey Show,” “The Today Show,” “Good Morning America,” “Nightline,” “CBS This Morning,” “The Charlie Rose Show,” National Public Radio’s “On Point,” as well in articles in The New York Times, The New York Daily News, USA Today and Newsday.

Canada grew up in the South Bronx in a poor, sometimes-violent neighborhood. Despite his troubled surroundings, Canada was able to succeed academically, receiving a bachelor of arts degree from Bowdoin College and a master’s degree in education from the Harvard School of Education. After graduating from Harvard, Canada decided to work to help children who, like himself, were disadvantaged by their lives in poor, embattled neighborhoods.