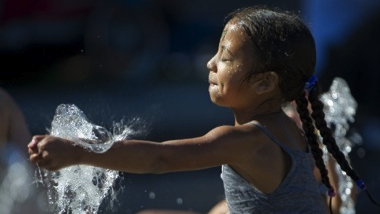 Watching dozens of children playing in fountains in downtown Portland a few weeks ago re-confirmed in my mind that they are naturally curious and adventurous. I believe they are eager to learn, discover, and experience something new. But how does that relate to discoveries about God? On the flight home, I listened to a recent CNN report regarding a “religious” exam given to Americans that indicates Agnostics and Atheists know more about religion than Christians. Everyone seemed surprised when Agnostics and Atheists ranked the highest on religious knowledge, followed by Jews, then Mormons, then Evangelical Christians. It is an interesting finding in a culture that is becoming increasingly diversified in their religious beliefs.

Christian leaders are scrambling to suggest reasons why Christians scored lower. Of course there are a number of issues that could be debated, including what kind of questions were asked. Here were a few of the questions posted in a pop quiz on CNN.

*What was Mother Theresa’s religion?

*When does the Jewish Sabbath begin?

Regardless of the kind of questions asked, there is a continued perception that Christians are not keeping up intellectually with the rest of the non-religious and religious population when it comes to what they know about God, the Bible and other religions. As leaders and parents, this seems to be a challenge related to what and how we teach our children about God. The conclusion CNN seems to make is that Christians may know God, but they don’t know a lot about God.

Although I do believe knowing about God is not the same thing as having a relationship with God, it is critical that we understand both are important. One leader when interviewed on CNN suggested that, “knowledge without experience is meaningless and experience without knowledge is confusing.” I agree. It makes sense for Christian leaders and parents to become more intentional about making sure their families learn about God. It just seems like there could better ways to appeal to the curiosity that exists in all of us about the God who supposedly created our universe. So I hope you’re not offended when I suggest that maybe we take our cue from Agnostics, and become learners about our own faith.

If someone asked you what your plan is to teach your kids about God, could you explain it? I’m grateful to be surrounded by a team of writers and researchers who wrestle with the question every day. What are some things you do to tap into children’s natural inclination to discover more about God and His character?

(Do you like to hear about the latest research, but feel short on time? Check back Thursday of this week for some more ministry-impacting stats on the OrangeLeaders blog- this will be a new monthly feature. And in our free month of YouLead, you can read 2 different book reviews and an outside-the-church case study focused on prioritizing families in less time than it takes to watch your favorite TV show!)

Reggie Joiner is founder and CEO of Orange, a nonprofit organization whose purpose is to influence those who influence the next generation. Orange provides resources and training for churches and organizations that create environments for parents, kids, and teenagers. Before starting Orange in 2006, Reggie was one of the founders of North Point Community Church with Andy Stanley. During his 11 years there, Reggie helped guide the church’s growth through an emphasis on innovative approaches to ministry for families. Reggie has authored and co-authored several books including Think Orange, A New Kind of Leader, Seven Practices of Effective Ministry, Parenting Beyond Your Capacity, Lead Small, When Relationships Matter, It’s Just a Phase So Don’t Miss It, and his newest publication It’s Personal. Reggie and his wife, Debbie, live in North Georgia and have four adult children and four grandchildren.